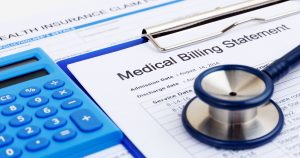 Two companies are under investigation for over-billing the United States government by tens of millions of dollars for private medical care provided through the Department of Veterans Affairs’ Choice program.

The Department of Veterans Affairs Office of Inspector General (OIG) released an audit on September 6th that revealed between March 2016 and March 2017, 142,493 duplicate payments were made to Health Net Federal Services and 111,148 to TriWest Healthcare Alliance Corp.

The inspector general reported to Congress that the two companies have collected at least $101 million more than what they were supposed to, and that figure may rise as the audit is not expected to be complete until the end of the year.

Health Net and TriWest have overseen the VA Choice program since it was launched in 2014 to help alleviate tremendous strain on the VA. The two companies were given only 90 days to set up the program, and it has been plagued by numerous problems from the start.

“This was a senseless waste of resources that could have been better spent on veterans’ health care,” Republican Rep. Phil Roe, chairman of the House Committee on Veterans’ Affairs, wrote to VA Secretary David Shulkin.

CEO and President of Triwest David McIntyre responded saying the system has improved remarkably in the last 18 months and the overpayments were due to “mechanical errors on both sides.”

Both TriWest and Health Net’s current contracts with the VA were also extended through September 30, 2018 because the agency “has no other immediate options available to perform the functions of current contracts.”