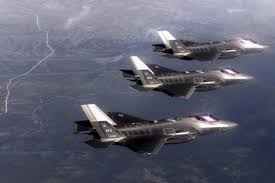 Air Force Looking to Expand by More Than 70 New Squadrons

“To face the world as it is, with a rapidly innovating adversary, the Air Force we need should have about 25 percent more operational squadrons in the 2025 to 2030 time frame than the Air Force we have,” she said.

To meet that goal, the service branch is looking to add 70 squadrons, as follows:

22 squadrons that conduct command and control, intelligence, surveillance and reconnaissance

“The Air Force is more ready for major combat operations today than we were two years ago,” Wilson said. “We’re moving the whole force to higher levels of readiness with actions that will play out over several years, but there are also steps that are making a difference right now.”

Wilson cited growing threats from Russia and China, countries that have made great strides in electronic warfare.

“While the Air Force is driving forward, restoring the readiness and lethality of the force, buying things faster and smarter and strengthening our space forces — in the end, the most important thing we have is people. And the ideas our airmen have to make things better,” Wilson said.

“We aren’t naive about how long it will take us to build the support and budget required for the force we need. It is a choice,” said Wilson.

Wilson is the 24th Secretary of the Air Force and is responsible for the affairs of the Department of the Air Force, including the organizing, training and equipping and providing for the welfare of 670,000 active-duty, Guard, Reserve, and civilian forces as well as their families.