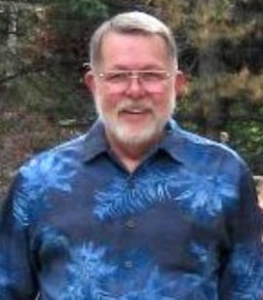 Less than a minute after arriving at a Denver home where a man had broken in and attacked an 11-year-old boy, police officers heard shots fired inside.

When an armed man came into view, they verbally ordered him five times to drop his gun. He started to come toward officers and raise a flashlight he held in his other hand.

The police then shot 73-year-old Richard “Gary” Black, the 11-year-old victim’s grandfather. The gunshot the police had heard was from Black’s gun as he shot and killed the naked intruder, 26-year-old Dajon Harper, who was choking and trying to drown the boy in a bathtub.

Harper was a known gang member with a long criminal history.

Aurora Police Chief Nick Metz acknowledged that Black, a decorated Vietnam veteran, had a “significant hearing impairment” from his military service that may have made it hard for him to hear the orders to drop his gun. Additionally, the scene was, by all accounts, chaotic.

Black graduated from The Citadel. He became a lieutenant in the Army and was awarded a Bronze Star and Purple Heart for his actions in Vietnam.

“He was a wonderful family man who loved spending time with his grandchildren and caring for his garden,” said Black’s half-sister, Elisa Black-Taylor. “He will be remembered as a hero, both for his service to his country as well as to the family who loved him.”

Black’s widow, Jeanette, and other family members said Harper had been attending a party near the Black’s property prior to him kicking in the door and entering their home.

Harper, whose mother also called 911, said her son was on drugs. “He’s running through the neighborhood busting cars, busting in people’s doors while they sleep. I don’t know what he’s on. He’s bleeding.”

The woman later said her son, who was released from prison in February, was “hurting this little baby. He kicked in their door.”

Some partygoers had followed Harper into Black’s house to try to get Harper to come out, while others were standing outside with Black’s wife when police arrived.

In their statement, the Black family urged people not to threaten or harass police because of what happened, noting that Richard Black deeply appreciated law enforcement.