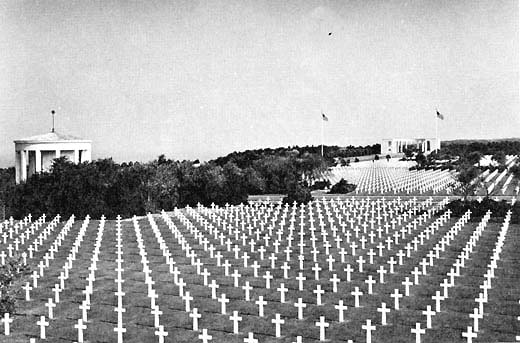 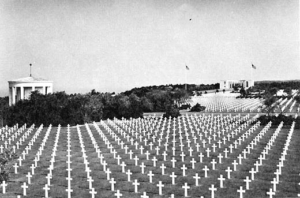 Veterans Day was originally coined as Armistice Day on November 11, 1919. It was a commemoration of the first anniversary of the end of World War 1. It didn’t take long for Congress to recognize the need to make this occasion and annual observance, and legislation was passed in 1926 to formalize that notion. Since then, we have used November 11th to celebrate our Veterans and remember their sacrifices.

My grandfather had served in WWII, but passed away before I had the chance to ask him to share his stories. I also spent most of my childhood in a time of peace. While the Catholic nuns had us practice air raid drills “just to be safe,” the closest I knew to conflict was Operation Desert Shield/Storm in 1991. Even then, aside from yellow ribbons tied to my backpack straps, I really did not understand much about Veterans, soldiers and the sacrifices.

Fast forward to college, and my internship boss was getting married on November 11th. When she gave me the date, she said “yeah – Veterans Day.” Veterans Day? I didn’t question it, but instead looked up the date on my calendar. Sure enough – Veterans Day was a real, observed day on the calendar and I was completely ignorant to it! My only exposure to military anything was knowing a handful of ROTC boys on campus…and the one friend who was active duty and stationed in Italy. I didn’t know any Veterans or know of their stories. Over the next few years, I would begin to learn.

Earlier that year, JB joined the Marines. I met JB through my then boyfriend (who would eventually become my husband), Rich. JB was Rich’s very closest childhood friend. JB slept on the floor of Rich’s hospital room when Rich was in a meningitis-induced coma. JB was his brother from another mother and the bond seemed unbreakable. I met JB right before he left for bootcamp. It was important to Rich that I meet this key person in his life before he packed it up and headed out on his new journey. We met – and it was adoration at first sight.

JB embodied my mind’s vision of what a soldier should be. Strong, muscular – broad shoulders while maintaining kindness and compassion and a simplicity that made his personality so very appealing. With JB – what you saw was what you got. He was real. And he was joining the Marines.

We traveling north for his going away party, and Rich was uncharacteristically somber for most of our trip. No doubt that he had worries. His best friend, who had never ventured out of their home zip code, was embarking on an adventure that would no doubt change his very existence. There might have been some tears in his eyes when he gave JB one last hug before our departure from New Jersey – and our car ride was certainly filled with stories of when Rich and JB were boys.

I wrote to JB every day while he was at Paris Island. I mailed my letters once each week, and they were usually at least 15 pages long. I didn’t know him well – we had only met twice – but I felt the need to *do* something. I was too young to understand it at the time, but this was my introduction to loving someone in the military. The helplessness – the lack of communication. The constant praying. Upon his completion of boot camp, JB told me that it was my weekly diary that I mailed to him that helped push him through.

A few years later when Fox Company 2/1 was on the front line in the first wave of troops on the ground in Iraq, I resorted to my letter writing again. It was the only thing that seemed to help ease my anxiety surrounding the unknown about his deployment.

Fox Company 2/1 went 46 days without access to running water as they marched across the desert theater. We sent them candy and gum for them to distribute to the children they met. We sent them baby wipes and powder and travel deodorant. We wrote more letters. We collected newspapers. We sat at home and watched CNN and MSNBC incessantly. There was a photojournalist imbedded with their unit. We searched the newspaper for images. I will never forget Rich’s reaction to seeing JB’s hand in the newspaper. “It’s his hand! It’s his hand! I know that hand anywhere!” That soldier – covered head to toe with just his hand as the exception, was our proof that JB was still safe.

From the time he left for boot camp, we proudly displayed both the Stars & Stripes and the rich scarlet & gold of the Marine Corps flag. We wore our yellow ribbons and tied them to our trees. I prayed like I have never prayed before. We were fearful of the news yet still addicted to it. We worried. We sat side-by-side on the couch and stared at the TV.

We celebrated when we got the word he was coming home. Rich and I boarded a plane in July 2003 and headed to San Diego to see our soldier.

We stood on base at Camp Pendleton and waited. And waited. And waited. Rich and I were there with JB’s parents, sister and brother-in-law…and the tension of the waiting was getting to us all. I spent some time with a young woman and her baby girl. She wasn’t that much older than I and her daughter had been born while her husband served in Iraq. I was blessed and fortunate as I was with mom and baby when the helicopter carrying dad landed. I was there – just feet away – when the little family was reunited and that brave Marine met his baby girl for the first time. 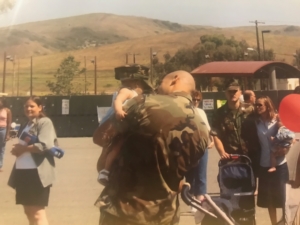 Helicopters would land on the hill and soldiers would march down. The Raiders were not among them and as the day wore on, our heads and feet ached and our hearts just longed for “our” Marine. Finally, his bus arrived. We waited for him to check in his weapons and head down from the barracks. We cried. We breathed again – for the first time in so long. We held him, never wanting to let go. There were several times when I just took a step back to enjoy the beautiful emotion of the moment. 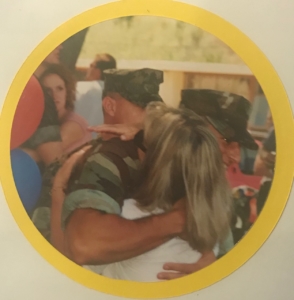 Not long after, Rich and I were married. JB was one of our best men – he stood by our side with Rich’s brothers. He toasted us. He danced with me. He wore his dress blues – at our request – as we wanted everyone in attendance to be aware and in awe of his sacrifice.

His journey in the USMC wasn’t mine – but it taught me so very much. In those years, I learned a new level of respect for soldiers and Veterans. I better understood the multitude of sacrifices. Active duty isn’t like watching your kid go off to college – it’s more like saying goodbye in the hopes that you will both live to see tomorrow. It is being so proud to be an American that you are willing to lay your life on the line. It is seeing things and living experiences that change you. Permanently.

It has been 15 years since JB came home from Iraq. He and his time overseas are constantly on my mind. He has taught me so much. JB is now married with children, his active duty days may be long behind him, but he is and will always be a Marine who is true to the Corps.

I made the conscious decision to make sure my children grew up with a healthy respect for military – active duty and Veterans. This country has, in so many ways, become divided. I need them to know that Veterans should be honored because they have done what so many of us cannot do: they have stood in between us and the enemy and said “no – you can’t have them. You need to get through me first.”

We have done little things throughout their lives to make sure the lesson is heard and understood. They stand when they hear the National Anthem, even if it is playing on our TV in our living room. We have sent care packages to soldiers and letter to recovering men and women at Walter Reed. We have talked about and prayed for those who haven’t come home. Most importantly – they know to thank any soldier they can visually identify. LIving in Baltimore, we see men and women in fatigues often. They know to hold that door and say thank you, from the bottom of their hearts, because those fatigues represent so much.

As a family, we are always looking for ways that we can serve the men and women who serve our country. As I was telling my children about my most recent discovery of Soldiers’ Angels and the Deployed Adoptions Team, they gave me a little lesson on Veterans Day and what they are doing to help support our troops. Their school has adopted a ship in the US Navy and is sending them thank you cards. 1500 thank you cards. My heart swelled as they told me about the notes they wrote and the drawings they were sending. They asked if they could send letters all year, and I told them I would find a way to make that happen.

I spent the first 20 years of my life ignorant to the sacrifices made by strangers but in honor of my very existence. It matters not to these dedicated individuals whether I am a liberal hippie democrat or a conservative republican. The color of my skin or my religious beliefs are unimportant. The protect us all equally and without question. And for this, we should be grateful.

My Veterans Day sentiments and memories are dedicated to John A. Baker, JB. The Marine who opened my eyes and my mind to so many things. It was through his friendship that I learned an appreciation of our Military and it is to honor his service that I write this article. 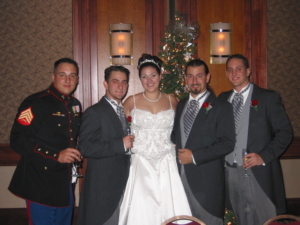 Military Tech Advancements: The Path to the Future