Military Blog
You are here: Home1 / Military Tech Advancements: The Path to the Future 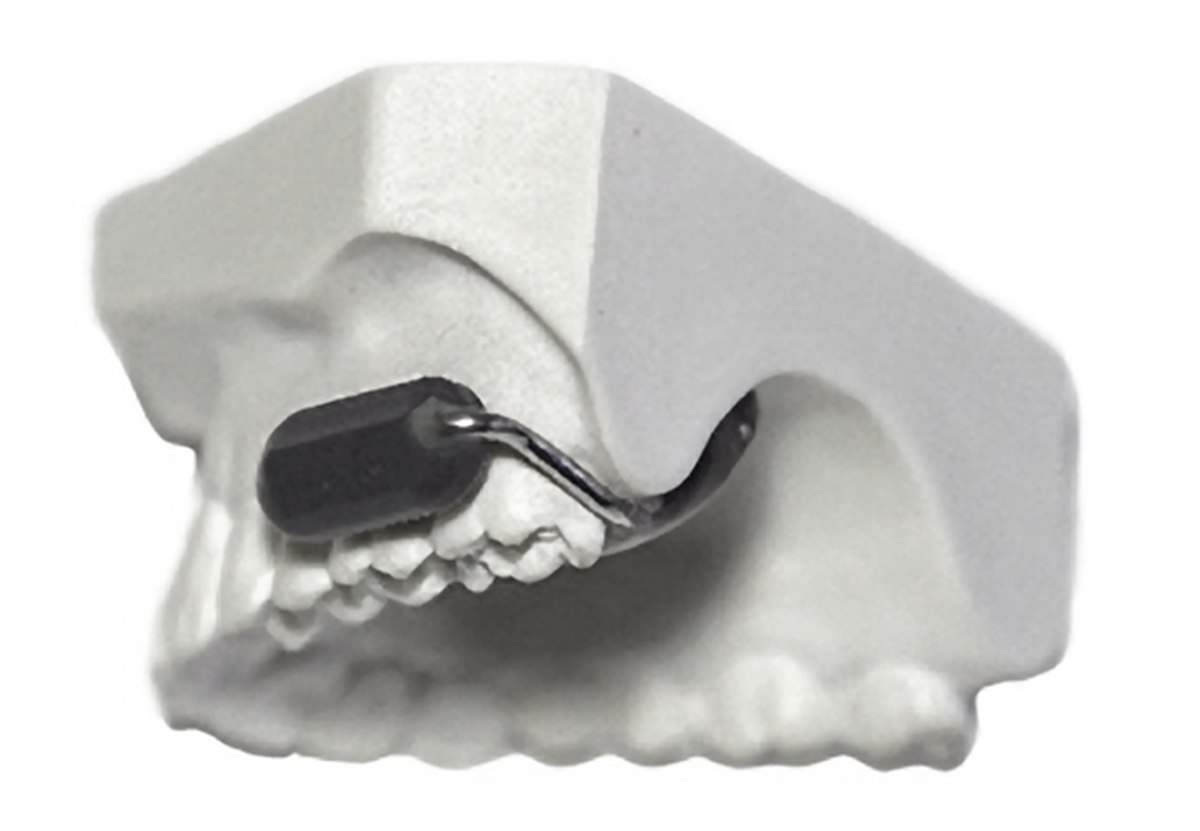 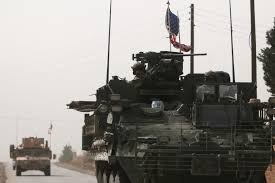 Military Tech Advancements: The Path to the Future

Warfare and military strategy have certainly changed. While militaries have faced conflict since the beginning of time, the techniques, tactics and weaponry are completely different. Even throughout the United States of America’s 242-year history, the face of the American soldier has gone from the farmer carrying the musket to sophisticated and technologically advanced specialists in the field. Desire and perseverance were the keys to military success in revolutionary America. In 2018, technology is key.

Our military drives our less well-known technological advancements. For example, the need

The California-based company has paired up with the Department of Defense to create the Molar Mic – a wireless communication device that goes in your teeth! The Molar Mic (pictured below) looks like a traditional headset but instead of being worn externally on the ear, it clips to the back teeth – or molars – of the user.

A custom-made mouthpiece fits the user’s back teeth. The mouthpiece has a small microphone to pick up and transmit spoken details. There is a speaker-transducer in the mouthpiece as well to convert sound waves into the corresponding sound. Soldiers who wear the device will be able to hear necessary and critical communications through their teeth and jawbone!

Additionally, it is expected that the Molar Mic will allow troops to make radio calls as well. This completely eliminates the need for the cumbersome headset with microphone that soldiers have utilized in the past. The Molar Mic will cut down on some of the equipment weight that or soldiers carry while making communication more reliable and less subject to interruption. Weather, regional circumstance and impact can all cause such interruptions. Molar Mic uses the wearer’s body to shield from many of these and cut down on external noises and interference.

Molar Mic is still in the development phase, but Sonitus has been contracted to finish the project. 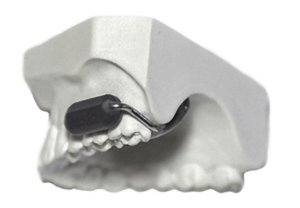 Odds are good that you have see a drone in the skyline – whether it has been part of a military exercise or operation or commercial civilian use, drones have taken us all by storm in recent years. Drones actually got their start over thirty years ago.In the 1980s, the US military had select operations that helped to clearly identify the need for unmanned reconnaissance devices. These operations in Grenada, Lebanon and Libya prompted the Secretary of the Navy to push for the technology.

The initial need was a tall order: inexpensive to make and maintain, available on-call whenever needed, unmanned, capacity to assess battle damages… but despite the long list of requirements, there was a prototype developed, the Pioneer, and two different systems began testing in 1986. By the end of 1986, the battleship USS Iowa proudly had the very first military-grade drone on board.

The Pioneer made its way into the Marine Corps by 1987. Since then, drones have gotten far more advanced than military tacticians could have imagined in the 1980s. It was deployed on both land and sea in theaters that include Bosnia, Yugoslavia, Somalia, the Persian Gulf and more. The USMC Unmanned Aerial Vehicle Squadrons were critical in 2003’s Operation Iraqi Freedom. It has been publicly documented that more than one Iraqi insurgent has surrendered to the overhead drones, operated by nearby US Military.

Perhaps they knew that the overhead Pioneer, carrying an infrared camera, was just the first sign of incoming troops. Or perhaps they were under the impression that there was more than just a camera strapped to the belly of that Pioneer. Regardless, the byproduct was a small collection of Iraqi soldiers who had peacefully surrendered without the need for advanced weaponry.

Drones have since become even more commonplace both in the military theater and civilian play. We see drones, once exclusive to military use, everywhere from sports arenas to backyard barbeques. Although it has become a hobby and toy for many, with lighter and less expensive versions on the market, it is still a life-saving device that provides real-time, useful and accurate  information that is used by our military on a regular basis. 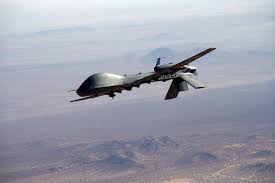 While we are on the subject of flying, the planned advancements for the larger winged vehicles designed for passenger transportation are, quite literally, out of this world.

Have you heard of the DARPA XS-1? The Defense Advanced Research Projects Agency , or DARPA, Experimental Spaceplane program is the new name for the XS-1, a lower-maintenance spacecraft that would travel faster than sound. The Phantom Express is a joint collaboration between DARPA and Boeing, Co. The design specs for the Phantom Express includes an Aerojet Rocketdyne AR-22 engine. The AR-22 is powered by liquid oxygen and liquid hydrogen.

Planes in space seem like the work of science fiction? It is far more of a fact. Testing on the Phantom Express is slated to begin in 2020.

From out of this world to the skies above us – Northrop Grumman Corp is developing the B-21 Raider. The B-21 Raider is more advanced than its older counterpart, the B-2. The “21st Century’s First Bomber” should enter service by 2025 and is expected to replace the B-1, B-2 and B-52.

Northrup Grumman is keeping the details of this one under fairly tight wraps. The estimated cost of the project is unknown and rumors of its capabilities are unsubstantiated. What we do know is that the B-21 Raider will be able to deliver conventional long-range and thermonuclear weapons, intercept enemy plans and gather intelligence. The US Air Force Global Strike Command is planning on up to 200 of these bombers in service. It is rumored that the bomber will operate either with or without a pilot and that it will be able to strike any target in any location on the globe without refueling. These, of course, are just rumors and have not been confirmed by military officials.

From up in the air to under the sea, the stealth submarine of the future is the Columbia-class submarine. A nuclear fuel core keeps this baby moving – for up to 42 years without a single refueling. How do you make a submarine stealth?

The Columbia-class submarine literally stays under the sonar with the help of an electric motor. An electric drive is much quieter than its mechanical counterpart. The quieter propulsion allows the submarine to be more easily disguised from enemy sonar.

Construction is expected to begin in 2021 and she should enter service in 2031.

Stealthy destroyers with laser weaponry certainly sounds like a prop for a movie in the making. It’s not! The Future Surface Combatant (FSC) is in the works to replace the Zumwalt-class and Arleigh-Burke-class destroyers in about 12 years. The Zumwalt-class destroyer is already pretty incredible, so the features of the FSC will need to be incredibly advanced. Important improvement to note: the FSC is designed to be easier to upgrade. New weaponry can easily and affordably be swapped in and out. The vessel will also feature an electric drive system that can generate up to 58 megawatts of electrical power on-board.

Planes, bombers, submarines, destroyers…commands being given to your teeth – all of it is pretty incredible when you remember that less than 80 years ago, Navajo Code Talkers were this country’s “advanced” technology that assisted our Military in all of our WWII successes. The brilliance and perfection of the Navajo Code Talkers was unparallelled at the time. There have been many changes and advancements in the past 80 years, and just like communication has improved dramatically, so has our most basic of weaponry.

If you are a nuclear warhead, that kind of speed makes it extremely difficult for your enemies to react, track, follow or destroy. Mach 20 makes detection nearly improbable and deflection impossible. Decreased reaction time means increased impact.

The US is playing catch up in this game as China and Russia have had hypersonic projectiles in development for some time.

We have made great technological leaps in very short periods of time. Our development is only contained by our imagination and the more the minds wander into the possibilities, the more varied our military advancements will be.

War isn’t pretty. Our weapons of the future being employed today may keep our soldiers out of the trenches, but the tools of the trade can intimidate our foreign neighbors and cause more unsettled feelings. These same neighbors have accelerated their own efforts to keep their militaries competitive.

The US Department of Veterans Affairs is Hiring!