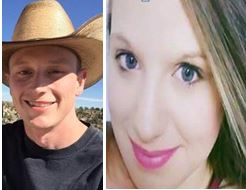 A few days before 30-year-old Army veteran Joshua Stiles fatally shot his wife and took his own life, he had tried to get help, but he was turned away.

Stiles, who had been suffering with PTSD, depression and anxiety for years, shot his 22-year-old wife, Brittney Stiles, and then fled the scene. He committed suicide after a police chase.

According to Stiles’ sister, Jennifer Johnson, her brother had contacted a mental health treatment facility, but was told he needed to make an appointment.

He was willing to voluntarily commit himself for psychiatric treatment, but there wasn’t a bed available at Decatur Morgan Hospital. His sister said he then tried Veterans Affairs.

“They said they would send him some paperwork to fill out,” Johnson said. “They said if he was feeling suicidal he should go to the emergency room. At that moment, he wasn’t feeling suicidal. He just knew he was struggling with PTSD and depression.”

Johnson said her brother had been suffering with PTSD long before his military service.

Both Josh and Jennifer had spent time in foster care before going to live with their grandparents.

Josh and his wife had an ongoing domestic dispute the weeks leading up to the tragedy. The two reportedly were arguing at their home and the woman left. Brittney Stiles returned to the home after Joshua called her and threatened their two-year-old daughter if she wouldn’t come home.

Once Brittney returned home with the child, Joshua shot her. Their daughter, who was in the backseat of the mother’s car, was not harmed.

Authorities used a spike strip to deflate tires on the truck. Joshua Stiles reportedly lost control of the truck, hit a tree and then went in a ditch. Authorities surrounded him and used tear gas because they didn’t see any movement.

But as they got closer to the pickup, they realized he had shot himself.

“He wasn’t this person,” Johnson said. “My brother would’ve never done this if he was in his right mind. I wish I could’ve saved him, and I tried. But, the mental health system just makes it too hard.”

There are numerous resources for veterans who are struggling with mental issues, among them, Give an Hour, a non-profit that provides free and confidential mental health resources for those who serve, past and present, and their loved ones; the David Lynch Foundation’s Operation Warrior Wellness (OWW) program, which offers the Transcendental Meditation-based Resilient Warrior Program, a simple, easy-to-learn, evidence-based approach to relieving symptoms of PTSD and major depression and developing greater resilience to stress; and the Veterans Crisis Line  (800-273-8255) which connects veterans in crisis and their families and friends with qualified, caring Department of Veterans Affairs responders through a confidential toll-free hotline.