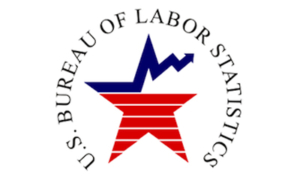 While the average 2016 unemployment rate for the latest generation of veterans is on schedule to be approximately 5 per cent, November’s rate jumped to 6.5 percent. This increase brought the veteran employment rate to its lowest level of 2016.

While the November unemployment statistic for post-9/11 veterans might not look good, there is still plenty of reason for optimism.

The unemployment rate spike from October, when the rate charted by the Bureau of Labor Statistics was 4.7 percent for post-9/11 veterans, is large. But such spikes are far from rare and are often followed by similarly large drops. For example, the rate jumped from 4.7 percent this February to 6.3 percent in March and then tumbled to 4.1 percent in April.

Jackie Maffucci, research director for the Iraq and Afghanistan Veterans of America, has said that because the post-9/11 unemployment data is based on a very small sample size, such volatility is common.

Economists advise not to pay too much attention to any one month’s results but rather to look at multi-month trends.

Those trends have been toward lower post-9/11 veteran unemployment for years, with unemployment dropping lower in 2016 than it has ever been before. A single month’s rate spike cannot change that.

To view the Bureau of Labor Statistics full report regarding the unemployment status of all veterans, which was updated on December 2, 2016, go to https://www.bls.gov/news.release/empsit.t05.htm.