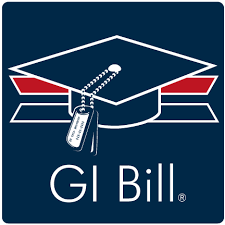 Since fiscal year 2013, veteran education benefits were being used by some 9,000 veterans pursuing their education at a school that has since shut down, according to a report released by the staff of Sen. Tom Carper (D-Del.).

Carper and other members of Congress are urging for changes in the law so that veterans affected by the closure of a college can restore the GI eligibility they used up at a school that closed.

“It is unfathomable to me that these brave men and women, who volunteered to serve their country in a time of war, are now being left in the lurch by some of the largest recipients of Post-9/11 GI Bill taxpayer dollars,” said Carper, a 23-year veteran of the Navy and Naval Reserves. “This is shameful.”

Enacted in 2009, the post-9/11 GI Bill has provided more than $65 billion for tuition, books and housing to 1.6 million veterans and their families. Recipients can only use the benefits for 36 months of vocational or college education. If a veteran used GI Bill benefits to cover tuition at ITT Tech for two years, she would not have enough benefits left to finish up a bachelor’s degree.

For-profit colleges can only receive 90% of their funding from federal student aid programs to stay in compliance with regulations, but GI Bill benefits don’t count toward that 90%.

For-profit colleges aggressively recruit veterans because their benefits served as a stable source of revenue.

“The VA and Congress need to do more on the front end to hold bad actors accountable and ensure that we’re not continuing to send our veterans to schools delivering poor outcomes and destined for financial collapse,” Carper said.