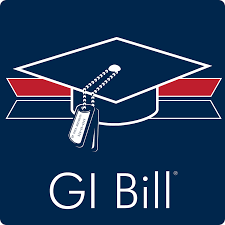 A major expansion of veterans’ education benefits under the new “Forever GI Bill” is set to go into effect on August 1st.

While there are a few IT glitches expected regarding housing allowances, most of the 34 changes to veterans’ education benefits are ready for prime time.

“This is a complex, heavy-lift effort,” retired Maj. Gen. Robert Worley II, director of VA education services, told the House Committee on Veterans’ Affairs subpanel on economic opportunity. “We made very good progress to date. We didn’t get to the (July 16) date we were hoping for, we need to slip that about a month and that’s where we are. We have a handful of defects left.”

Worley and Lloyd Thrower, deputy chief information officer at the VA’s Office of Information & Technology, said they expect the hiccup with the housing allowance to be cleared up within a few weeks of the launch.

The Harry W. Colmery Veterans Educational Assistance Act, dubbed the “Forever” GI Bill, ends a 15-year limit on education benefits for veterans whose last discharge or release from active duty came on or after Jan. 1, 2013.

By late last year, Worley said the VA was in the process of hiring 200 temporary employees who would process claims by hand until the IT system was improved with a 40- to 50-person team that would be responsible for deciding which veterans would be eligible for increased aid for STEM degrees.

Attention Veterans: IRS May Owe You MoneyA Letter from the Editor… Scroll to top
Follow a manual added link