Military Blog
You are here: Home1 / To Ink or Not To Ink… 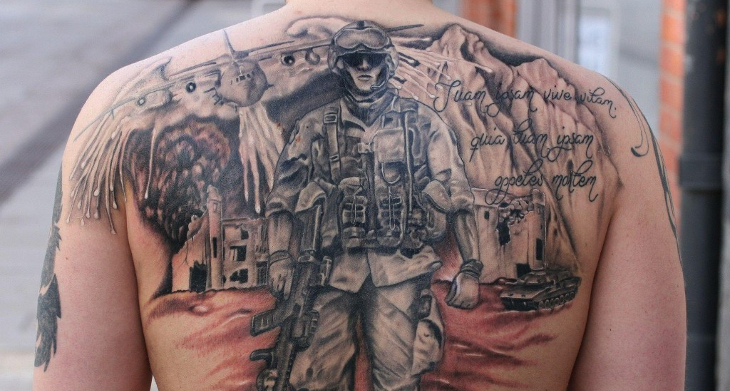 To Ink or Not To Ink…

Tattoos have been around for a long time. Many historians believe that the first tattoos were inked onto hands and fingers of our Neanderthal ancestors in an effort to ward off illnesses. Tattooed mummified remains have been found and those remains date back to more than 5,000 years ago. Tattoos have been used to mark your skill set, designate your tribe, honor your lineage and more. The perception of tattoos continues to change every day as an increasing number of soccer moms sport full inked sleeves to practice. Public perception has changed and the Navy had to catch up.

For years, the United States Navy limited to the ink that it allowed in its ranks. Rules were in place to limit visible tattoo size and number, so sailors were restricted with what could be on their forearms and lower legs. Additionally, neck tattoos were not permitted. However, with tattoos on the rise in the 17-24 demographic, the Navy found themselves limiting recruits because of this rule.

The most efficient way to handle this barrier was to eliminate it, which is what the US Navy did. Under the revised rules, sailors have no restrictions on tattoos below the neck. Full sleeves are now permitted. Neck tattoos are also permitted, but have a limit on size. This opens up the doors for the young and tattooed who have an interest in serving in the Navy.

Sailors and tattoos have had a long history, so this recent change opens up a level of public acceptance that reflects the personal feelings of many who choose to decorate their personal canvases. Over the past few years, tattoo rules have changed in the Navy, Air Force, Marines and Army. While each branch has changed their code regarding the allowing and acceptance of tattoos, all of the individual rules are different.