Military Blog
You are here: Home / The Best of the Army’s Best 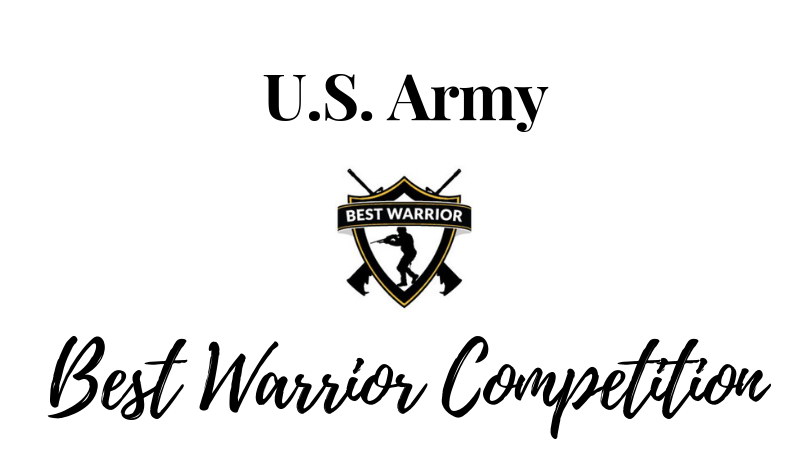 The Best of the Army’s Best

Many companies, organizations, and associations have contests to determine who in their midst ranks among the top, and the United States Army is no different. The 2018 Best Warrior Competition, the premier event to determine the Department of the Army’s Soldier and Noncommissioned Officer of the Year, took place in early October at Ft. A.P. Hill, Virginia and the Pentagon.

While the formal, final event is a six-day challenge, the 22 finalists (11 in each category) have already made it through a series of hurdles throughout the year to qualify for the DA-level competition. According to army.mil (https://www.army.mil/bestwarrior/), these elite warriors tested their “knowledge, skills and abilities by conquering urban warfare simulations, demonstrating critical thinking, formal board interviews, physical fitness challenges, written exams, and warrior tasks and battle drills relevant to today’s operating environment.”

The annual ‘Best Warrior’ contest tests Soldiers on “warrior tasks” presented in the Soldier’s Manual of Common Tasks received in basic training. A consistent theme throughout was tackling the unknown, a skill that helps our military react and manage crisis situations…whether stateside or downrange.

At the start of the competition, the finalists began a ruck march carrying their M-4 carbine, four magazines and a total of 50 pounds of equipment, for an unknown distance in the early morning darkness and the rural wilderness of Virginia. Throughout the competition, planners from the Army’s Asymmetric Warfare Group told contestants that the roads were unsafe, which meant they’d have to constantly ruck in full gear. One of the Soldiers remarked that the heavy ruck marches really tested their cognitive and physical abilities, especially that opening morning march…which turned out to be 16 miles long.

Planners gave the Soldiers specific problem scenarios to solve by communicating with the civilian population in a simulated foreign country. Role players spoke a foreign language or broken English, and competitors had to devise their own solutions for communication. In another scenario, competitors were told to board a waiting helicopter, only to be informed moments before arrival that they needed to render first aid to injured bystanders. And other times, Soldiers needed to use their land navigation skills to find their way to a designated location.

First Sergeant Mike Kriewaldt, this year’s competition planner, said, “It’s not always about being the strongest, fastest person.” Kriewaldt, a 19-year veteran, drew on experience from eight combat deployments to create the contest’s challenges. “It’s more than just physical fitness. Being able to accomplish all the tasks in the right amount of time is key. You have to be able to get to where you’re going and have enough energy and mental capacity.”

The Vice Chief of Staff of the Army, General James McConville, lauded the efforts of the contestants at the awards ceremony, held at the annual meeting of the Association of the United States Army (AUSA) in Washington, D.C. “The winners and all the competitors in this competition understand that winning matters,” McConville said. “You didn’t come here to participate. You didn’t come here to try hard. You came here to win. And that’s the American spirit — the spirit that we have in the Army. And that’s what American Soldiers do. There’s no second place or honorable mention in combat.”

Lest we forget, during the holidays…