Military personnel at the Walter Reed Army Institute of Research (WRAIR ) are researching and developing vaccines that can save military and civilian lives from the threats of deadly viruses and bacteria.

There has been a lot of coverage in the news about the Zika virus. With U.S. service members deploying to areas where there is a danger of Zika, malaria and other dangerous pathogens,  vaccines could be the key to not only keeping the troops healthier, but the civilian population as well.

Pharma companies Glaxo-Smith-Kline and Sanaria, in conjunction with WRAIR, are near ready to release their vaccines for malaria. But this wasn’t new territory for the institute: WRAIR has been a research partner in the development of every existing malaria medication on the market today, as well as the first effective licensed vaccine against meningitis in the 1970s.

“Every single licensed therapy for malaria has somehow made its way through Walter Reed Army Institute of Research at some point in its development,” said Kayvon Modjarrad, WRAIR’s director for emerging infectious diseases. “It was tested, validated and developed within our institution,” Modjarrad said.

WRAIR is the largest and most diverse biomedical research laboratory in the Department of Defense. The institute’s greatest resources are the dedicated scientists, technicians, and support personnel who make up the core of the institute.

WRAIR is working on vaccines for Zika.  Middle East respiratory syndrome (MERS) and chikungunya, a mosquito-borne disease that has appeared in the Caribbean, Africa, Asia, Europe, and the Indian and Pacific Oceans.

“By us funding further studies of the more-promising vaccine candidates, we can generate more data on how safe and effective they are,” said Paul Keiser, director of WRAIR’s viral diseases branch. “More data means less risk. And less risk makes it more likely that a drug company may pick them up.” 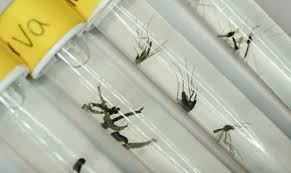