Tag Archive for: why hire veterans

You are here: Home1 / why hire veterans

Nearly a year ago, I posted one of my first blogs for Military Connection, one that had a focus on why employers should hire members of the military community. It was called “At Least Ten Reasons to Hire Veterans,” but by the time I reached the closing paragraph, I had parlayed that into 25 reasons. Although I didn’t want to just rewrite that original post, I did want to take a closer look at some of those elements on my list. If you’re an employer reading this, you either already ‘get it’ or maybe my words will encourage you to seek more Veterans for your open positions. If you’re a jobseeker with military experience, once again I encourage you to take inventory of the items on this list and use them to sell yourself…both on your resume and in the interview.

Across the various workforce development groups I’ve been a part of over the last ten years or so, my teammates and I have spoken to and worked with literally thousands of employers. When we’ve had those conversations, here are some of the reasons why Veterans make excellent employees…

Leadership experience. At the top of nearly every employer’s wish list is to on-board someone who can make a sudden and lasting impact on their workforce, someone who has already successfully held positions of leadership. If those positions happened to have involved troops, it might have ranged from leading just a few men and women in the early stages of a military enlistment, to serving at the helm of thousands of warriors near the end of one’s career. The successes and failures, and the subsequent growth from lessons learned, can help develop a maturity that’s hard to find. And those that have successfully led men and women in uniform haven’t always been at the top, so they usually have a keen ability to work as either a team member or a team leader…and they can give or follow directions, depending on the needs of the organization.

Performance under pressure. While I typically avoid blanket statements, I’m comfortable saying that everyone in uniform is trained to do their job under less-than-ideal conditions or in a ‘lives depend on it’ scenario. I’ve been in units that trained at every turn for their wartime mission, taking every opportunity to train in the dark, in the rain, in the cold, and without a second to spare. Every training event is essentially a rehearsal for an eventuality most of us pray will never come. A by-product of that training, for many, is the ability to work efficiently and diligently in a fast-paced environment. A sought-after skill for many hiring managers, for sure.

Strong work ethic. If there’s one attribute that employers seem to assign to military jobseekers more than any other, it’s this one. Whichever branch of service, in whatever part of the world…those in uniform know what hard work looks like. For some, the work ethic comes naturally; for others, it comes after being honed in countless situations and unforgiving conditions. In either case, a strong work ethic, coupled with systematic planning and organizational skills, can do wonders for a workforce.

Specialized, advanced training and technical skills. Whether hiring managers are looking for those with the latest training and certifications in IT or someone who has the transferable skills of a commercial truck driver or First Responder, the specialized job training that military schools provide are world-class. Regardless of the industry in which an employer’s open positions lie – transportation, logistics, intelligence, manufacturing, or any other – there are folks transitioning from active military service or still serving in the National Guard & Reserve that are ready to fill them.

Discipline, with a healthy dose of flexibility and adaptability. One definition of discipline is “training to act in accordance with rules.” Combine that with the ability to flex and adapt and you have a potential workforce all-star who can adjust and excel at whatever the corporate environment throws their way.

Attention to detail. Long considered a hallmark of military Veterans from every branch of service, detail-oriented employees are also on most employers’ wish lists. That soft skill – being able to spot whether things are as they should be or corrections are needed – is one that comes more naturally the more it’s put into practice. It also often comes with a host of similar traits, such as a commitment to excellence, a history of meeting standards of quality, and a respect for procedures and accountability.

So there starts another list…one that goes into just a little more detail about why Veterans make excellent employees. To all you small business owners and hiring managers out there, I highly encourage you to connect with job-seeking Veterans (and those Military Spouses, too) for your open positions…you’ll be glad you did. 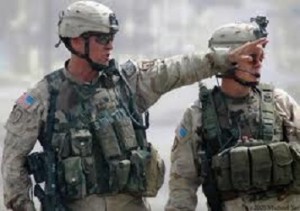 I recently had a bad experience at a clothing store. Without going into too much detail, I noticed that there were several employees standing around, having inappropriate conversations in front of customers, and flat-out misrepresenting their company. The only capable person there happened to be helping me, and she was one of the store’s managers.

“I hate to say it, but you have a lot of dead weight working here,” I said to her. This, after she apologized to me when one of these employees interrupted our transaction, asking to go on a break.

The manager didn’t agree with me, verbally, but her reaction told me that I wasn’t far off the mark. I suggested to her that she should look into hiring some new people, and after a brief pause, I added, “Maybe some Veterans.”

The more I thought about it, the more I felt that adding some Veteran blood to that establishment could potentially improve their service, efficiency and image. I highly recommend hiring Veterans to any employer who needs to boost production, improve their image or change their culture. Here is why:

Veterans are Team Players. If you want your establishment to be a winning team, you need to have employees who are willing to work as part of a team. Veterans from all service branches and all military occupations have completed some of the most rigorous team-building exercises around. Veteran employees, who feel valued by their company, will be the first to promote the company’s brand and culture.

Veterans are Detail Oriented. From boot camp to separation, Veterans were required to have inspection-ready uniforms, living quarters, and work spaces. Having an employee who can handle that sort of scrutiny can do wonders for your company. If they don’t know something, they’ll ask, and once they know, they do the job correctly.

Veterans are Planners, so they are great hires for companies concerned with productivity and schedules. In the military, Veterans were given manuals for every aspect of their lives, from brushing their teeth, to cleaning a rifle. Being conditioned to methodical planning of any task, they will most likely find ways to quicken your company’s tasks, and be able to write you an Standard Operating Procedure  on it.

Veterans Take Direction well. Most Veterans weren’t the commanding officers of their units, but even C.O.’s answered to their superiors. Veterans are used to being told what to do and how things are by whoever’s in charge, and then getting the job done. In the same thread, Veterans with military leadership experience have been conditioned to ooze confidence. Sometimes it’s not the order, or who gives it, but the tone in which the order is given that gets the desired results.