You are here: Home / Wanda Nuckles 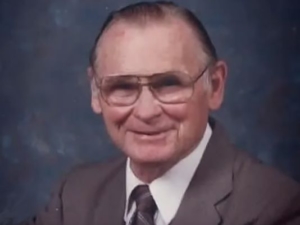 Two Georgia nurses and an aide have been indicted in the death of an elderly World War II veteran after they were caught on camera laughing as the man gasped for air and pleaded for help.

Loyce Pickquet Agyeman, Wanda Nuckles, and Mable Turman were caught on a hidden camera that had been placed in the room by the family.

The video, which was taken February 27, 2014, showed Dempsey gasping for air and calling for help, saying he couldn’t breathe, more than six times before losing consciousness.

After finding Dempsey unresponsive at 5:28 a.m., Nuckles was recorded laughing as the staff tried to start an oxygen machine, waiting nearly an hour to call 911 at 6:25 a.m.

While the nursing home was made aware of the video in 2015, it took another 10 months before they fired the nurses involved in the death.

All three were also indicted on a single count of concealing the death of another.A trial date has not yet been set.

“And I pledge myself to do all in my power to raise the standards and prestige of the practical nursing; May my life be devoted to service and to the high ideals of the nursing profession.”

-Practical Nurse Pledge based on the “Nightingale Pledge”