You are here: Home1 / Walter Reed 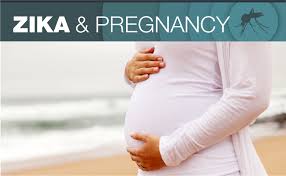 Just a few short months ago, most people had never heard of the Zika virus. But as the virus has been found to cause severe birth defects to infected expectant mothers, cause for alarm has greatly increased.

While there is no current vaccine against Zika, scientists at Walter Reed Army Institute of Research (WRAIR ) are moving quickly, conducting preclinical research on a Zika vaccine candidate with collaborators at the Beth Israel Deaconess Medical Center. They plan to start human testing before the end of the year.

Army Col. (Dr.) Stephen Thomas, an infectious disease physician and a vaccinologist specializing in flaviviruses, is the Zika program lead.

“Zika is a flavivirus, and we have been working on flaviviruses our entire history — since 1893 [on yellow fever],” he said. “So it’s in our DNA to work on flaviviruses, and we’ve been doing vaccine development for flaviviruses since World War II.” He noted that before Albert Sabin developed a polio vaccine, he was in the Army and helped to develop vaccines for dengue and Japanese encephalitis.

The most common symptoms of Zika are fever, rash, joint pain, and conjunctivitis. The illness is usually mild with symptoms lasting for several days to a week after being bitten by an infected mosquito. People usually don’t get sick enough to go to the hospital, and they very rarely die of Zika. For this reason, many people might not realize they have been infected. However, Zika virus infection during pregnancy can cause a serious birth defect called microcephaly, as well as other severe fetal brain defects.

“There’s a race to get this done as quickly as possible,” Thomas said, “because there’s a public health emergency going on,” and because WRAIR is focused on supporting U.S. force readiness for service members deployed worldwide.

Thomas and his colleagues considered many factors when planning the Zika virus vaccine development effort, he said, including a charge by DoD to get something in the field as quickly as possible while mitigating regulatory agency risk and speeding up the process where possible, he said.