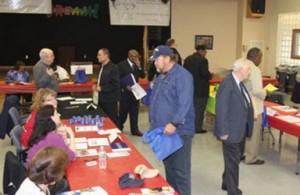 Each month, the U.S. Bureau of Labor Statistics (BLS) publishes its report, “The Employment Situation.” Economists and concerned citizens view this report in order to track a variety of employment trends. MilitaryConnection.com uses the BLS data to track the statistics for Veterans, with a focus on the current generation of Veterans, transitioning out of uniform and into civilian employment. Data for the February 2015 Report was published on March 6, 2015.

But a more telling picture of the unemployment picture for Post-9/11 Veterans was posted in a November 2014 BLS report titled “Employment and Unemployment Among All Veterans, Gulf-War-era II, and Nonveterans.” In this report, the unemployment data is broken down by war-era/non veteran as well as by age.

On the other hand, Veterans aged 18 to 24 years old, all them Gulf War-era, and comprising most of the fighting force for the wars in Iraq and Afghanistan saw an unemployment rate of 21.4% in 2013, versus 14.3% for non-veterans.

The BLS data shows that an “area of focus” needs to be addressed in order to improve Veteran employment. It is not always enough to create initiatives and hiring programs that are geared towards “Veterans” or even “Post-9/11 Veterans.” Utilizing the data provided by the BLS, employers and Veteran advocates who are serious about combating unemployment among those who served in the military will start focusing their efforts on Veterans aged 18 to 24, who are the most unemployed group.

Military Connection: Who Are the Unemployed Veterans? By Debbie Gregory