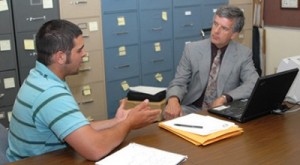 In an effort to better serve Veterans and their families, the U.S. Department of Veterans Affairs (VA) announced the launch of a new uniformed disability claims form that will take place next year.

It used to be that a Veteran or survivor did not have to use a specified form to seek compensation or other benefits from VA.  Claims or appeals (Notice of Disagreement) could be submitted on any piece of paper, which caused delays due to missing information.

By standardizing the process that Veterans use to file claims and initiate appeals, the VA hopes to make the process easier for Veterans and survivors. The new standardized forms eliminate applicant guesswork, which in the past has led to insufficient information or proof of eligibility. Applications were denied or sent back to the applicant for more information or correction. This laborious process has done much to tie up the system, as well as delay benefits for deserving Veterans.

The standardized form for all disability claims can more efficiently identify what the Veteran is claiming or appealing. This should allow the VA to rapidly proceed to the next step in the evidence-gathering and decision-making process. Speeding up this part of the process will save administrative processing time and expedite the delivery of earned benefits to Veterans.

“We must do everything that we can to make it as fast and easy as possible for Veterans and their survivors to file for and receive an accurate decision on their claim,” VA Secretary Robert McDonald said. “Our Veterans and survivors will know, at the outset of the claims process, what is needed, which removes subjective interpretation from the process. We want to eliminate any barriers that make it difficult for our Veterans or survivors to receive benefits to which they are entitled.”

The new process will also include standardization of the informal claims process by employing a new “Intent to File a Claim” form, which gives applicants one year to compile the necessary documentation or evidence in order to support the claim, while preserving an effective date of claim.

The VA’s new standardized forms and upgraded process are scheduled to go into effect in March of 2015.