You are here: Home1 / Veteran charities 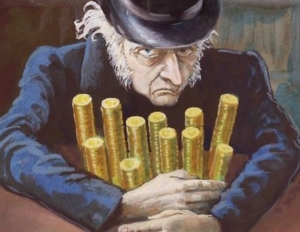 In October, 2013, Joseph Earl Steward was arrested in Ohio for illegally soliciting funds for a popular Veterans charity. On August 8, 2014, the 45 year old was sentenced to three years in prison.

Prior to his arrest, Steward went door to door, claiming to work for the Wounded Warrior Project. He solicited several thousands dollars in donations from good people who believed that their money was going to help wounded Veterans. Steward went as far as to offer fake tax receipts to individuals who gave him money. Most of the donations were in increments of $10-$25, but some were as high as $500.

Last year, Steward was formally charged with illegally soliciting for a charity, identity theft, impersonating an officer, theft, and tampering with records.

Steward pleaded guilty to the soliciting, impersonating and tampering charges. The other charges against him were dropped. Along with his sentence, Steward was ordered to pay $1,577 in restitution to the charity.

After his arrest, representatives from the Wounded Warrior Project said they had no record of Steward working for their organization, and that they never received any donations from him. Donors should keep in mind that the charity does not solicit door-to-door

Good people who want to help Veterans– or any charity– should be careful who they give their donations to. In recent years, there have been an increasing number of impostors looking to make a profit on the backs of those who serve, past and present.

Most reputable charities have established websites equipped with a secure donations page.  Even when donating online, you should give your money to non-profits that have a proven track-record. Many of these reputable organizations are on our Charity Connection page.