You are here: Home / Veteran bills 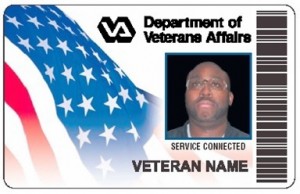 This week, the U.S. House of Representatives passed four bills that directly affect Veterans. The bills include:

H.R. 3593, the VA Construction Assistance Act of 2014. This bill will order the inclusion of an outside entity to manage the VA’s major construction projects. It will require the VA secretary to implement a series of measures for any major construction project on a medical facility, including utilizing a medical equipment planner as part of the architectural and engineering firm for the project, ensuring clear and concise communication among all involved with the project, subjecting projects to peer review, and closely monitoring change-orders. H.R. 3593 also directs the VA secretary to procure the services of the Army Corps of Engineers for appointing not less than one special project manager who has experience in managing construction projects that exceed $60 million. It prohibits additional funds from being authorized to be appropriated to carry out this act.

The bill also makes miscellaneous amendments to the Veterans Access, Choice, and Accountability Act of 2014, involving access to care at non-VA facilities. Additionally, it clarifies the VA secretary’s authority to disapprove courses of education provided by a public institution of higher learning if the institution charges veterans living in the state higher tuition and fees than it charges in-state residents, regardless of the veteran’s state of residence.

H.R. 4276, the Veterans Traumatic Brain Injury Care Improvement Act of 2014, extends the National Defense Authorization Act for Fiscal Year 2008 program to assess the effectiveness of providing assistance to eligible veterans with traumatic brain injury to enhance their rehabilitation, quality of life, and community integration.Other amendments include requiring Veterans to have a traumatic brain injury that is classified as complex-mild to severe in order to qualify, and the replacement of the term “assisted living” with “community-based brain injury residential rehabilitative care.”

The bill requires each increase to be the same percentage as the increase in benefits provided under Title II (Old Age, Survivors and Disability Insurance) of the Social Security Act, on the same effective date. This should mean a higher COLA increase than the 1% that was given last year. Having already been approved by the Senate, S. 2258 will be sent to the president to be signed into law.