You are here: Home1 / vampire drone 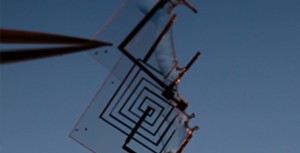 Drones can drop supplies to hidden Special Forces or essential medical kit in warzones, but there’s the risk that their presence may give away the recipient’s location, or that the technology ends up in enemy hands.

To avoid that scenario, the U.S. military now wants to create a futuristic drone, capable of physically vanishing after completing its mission.

The Defense Advanced Research Projects Agency (DARPA) want to answer the logistical and strategic problems involved in trying to bring drones and other supply vehicles back to base during battle or on covert operations.

The aim is to come up with a drone that can drop deliveries to personnel in hard-to-reach regions without it needing clearing away and hiding, which can be time consuming. In some circumstances, operational security mandates that no supply vehicles are to be left behind following a mission, thus creating something of a catch-22 when troops in the field are in dire need of supplies.

DARPA states that currently, those missions require the use of large, parachute-based delivery systems that must be packed-out after receipt of the payload both for operational security and environmental concerns

The program, called Inbound, Controlled, Air-Releasable, Unrecoverable Systems, (ICARUS) has a budget of $8 million. The program is hoping to come up with a drone no larger than ten feet in length, with a range of approximately 90 miles, and the ability to drop a package weighing less than three pounds onto a target measuring no more than 33 feet. Darpa says the goal of Icarus is to design, prototype, and demonstrate an autonomous, guided, precision, vanishing air delivery vehicle.

DARPA admits that it sounds like an engineering fantasy, or maybe an episode from Mission Impossible. But while the millennia-old Icarus story ends badly when the protagonist soars on wings of feather and wax, too close to the sun, and then drowns in the ocean as his wings disintegrate, DARPA’s ICARUS aims for a more uplifting ending.