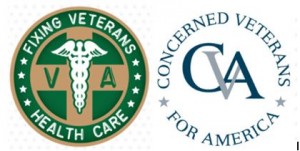 In February of this year, the Concerned Veterans for America (CVA) issued the Veterans Independence Act, a report with a set of policy recommendations to overhaul the VA healthcare system. Although originally drawing public criticism and apathy from traditional veteran service organizations, AMVETS has now voiced its support.

AMVETS, one of the largest veterans groups in the country, characterized the report’s ideas as “a necessary first step” in reforming the care delays and patient wait times. The group feels that ultimately, veterans should be able to choose where, when and how to get the best quality healthcare.

Already a topic among the 2016 Republican presidential hopefuls, Sen. Marco Rubio and former Florida Gov. Jeb Bush have endorsed parts of the CVA report, while neurosurgeon Ben Carson has called for merging the Veterans Health Administration with the Defense Department.

According to the task force plan, veterans would use their “earned health care funds” to access VA services or civilian physicians, as part of a broader expansion of the concept behind the current VA Choice Card program. Veterans seeking private care would have to pay additional co-pays and deductibles in some cases. The Paralyzed Veterans of America attacked the proposal as limiting veterans’ options, rather than expanding them.

According to the CVA website, the VA health care system was originally created to serve service-connected disabled veterans. Additionally, the priority group system was created by Congress to ensure that those veterans with higher disability ratings received a higher priority for care within the VA health care system, in addition to the higher levels of benefits associated with a higher disability rating. CVA officials have lobbied for a broader discussion of the idea on Capitol Hill, to build support for legislative action mandating the changes. AMVETS officials said they will broach those same topics in their legislative discussions.