You are here: Home1 / VA appeals 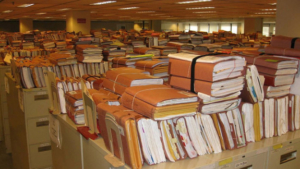 Bipartisan reforms to speed up the veteran disability appeals process have been signed by the president. The changes will likely take about 18 months from now.

The appeals reform measure was passed by the Senate before summer recess, and was recently finalized by the House.

The number of backlogged claims in the system has steadily increased over the years. The American Legion and other veterans groups have been working with VA officials for years, advocating for change.

The average wait time for an appeal on a veterans disability claim is more than five years.

The current system, which allows veterans to submit new medical information at any time, resets the clock on the appeals process again and again. The changes create multiple options on how veterans can now have their cases appealed. By waiving the opportunity to submit new evidence, they would receive fast resolution. For those who want to retain those rights, they would be held to a timeline.

Hopefully, the new changes will reduce both backlogs and wait times.

“Together with the VA, veterans service organizations, and other lawmakers, we were able to find a bipartisan compromise to ensure that veterans … receive the benefits they so bravely earned in a timely fashion,” said Rep. Dina Titus, D-Nev.