You are here: Home1 / VA accountability 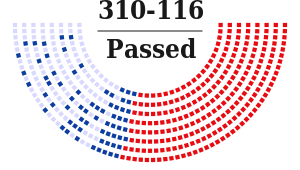 H R 5620, the VA Accountability First and Appeals Modernization Act of 2016, passed in the House on September 14, 2016 and now goes to the Senate for consideration.

The Obama administration said it’s pleased to see VA’s appeals proposal appear in the legislation, and it supports those specific provisions.

Additionally, the bill also includes a long-awaited and often lauded proposal to reform the veterans appeals process. The legislation incorporates the VA’s proposal for appeals reform, which the department developed this spring with several veterans service organizations.

The Obama administration said it’s pleased to see VA’s appeals proposal appear in the legislation, and it supports those specific provisions.

The bill has received criticism from some federal employee unions and organizations.

“This legislation is not about improving how we treat and care for our veterans,” said American Federation of Government Employees National President J. David Cox in a statement. “It’s a partisan effort to allow favoritism and cronyism to govern the VA by turning VA employees, and ultimately every federal worker, into an at-will employee who can be fired at any time with little to no recourse.” 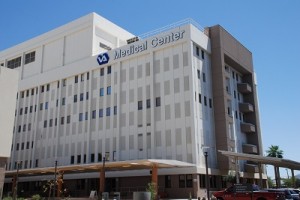 U.S. Department of Veterans Affairs (VA) Secretary Robert McDonald announced that the VA has successfully resolved complaints of whistleblower retaliation that was filed by three employees in Phoenix.

“At VA, we take whistleblower complaints seriously and will not tolerate retaliation against those who raise issues which may enable VA to better serve Veterans,” Sec. McDonald said. “We depend on VA employees and leaders to put the needs of Veterans first and honor VA’s core values of ‘Integrity, Commitment, Advocacy, Respect and Excellence.’”

Each whistleblower complaint was resolved individually. Two of the whistleblowers have accepted new positions within the VA.

The VA says that the department is committed to achieving and remaining in compliance with the OSC 2302 (c) Certification program. The VA has established the Office of Accountability Review (OAR) with direct access to the department’s secretary.  The OAR’s charter is to ensure leadership accountability for indiscretions related to patient scheduling and access to care, whistleblower retaliation and related matters that impact public trust in the VA.