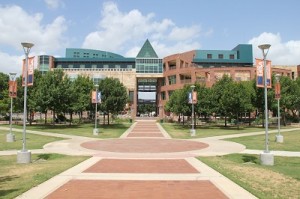 Over the next several years, barring any future U.S. involvement with any additional conflicts or wars, the Department of Defense will be remodeling its structure. Like any other employer forced to downsize when demand decreases, each branch of the military will essentially be laying-off service members. And the process has already begun.

These newly-separated Veterans, many of whom had planned on a lifelong military career, have already begun to enter the already crowded job market. Even with all of their training, skills and experience, Veterans are having difficulty finding jobs. The Bureau of Labor Statistics has maintained that Veteran unemployment rates remain at levels that are consistently higher than non-veteran unemployment rates.

Many federal agencies and private researchers have sought to remedy the issue for Veterans, as well as for the sake of the economy. One study conducted byChristopher Stone, a PhD. student at the University of Texas at San Antonio College of Business, has uncovered findings that strike through the core of Veteran unemployment.

Stone, an eight year Veteran of the U.S. Air Force, worked in aircraft maintenance and as a Military Instructor. When he left the Air Force in 2007, he started his own business near Lackland, Texas. Stone sold the business in 2010, and began to pursue his studies at the university.

An organization and management studies student, Stone focused his research on the issues concerning military Veterans’ limited ability to secure jobs, as well as exploring solutions that both employers and Veterans could use to remedy Veteran unemployment.

Stone’s research expanded the factors currently affecting the hiring of people with disabilities to explain the variables thought to influence employer decisions to hire Veterans. These factors include attributes of the veteran, attributes of the observer, the nature of the job, the degree to which raters perceive the transference of military skills to civilian jobs, and the perceived difference between role requirements in military and civilian organizational cultures.

Stone’s research suggests that employers can use the following policies to improve Veterans’ access to employment:

Additionally, staffing organizations can publicize the utilization of Veterans in the everyday functions of civilian companies.Veterans themselves can use impression management techniques, such as acknowledging their health conditions or disabilities. They can also learn to relate their military training and experience to their civilian career. It would also help if Veterans would use coaches and mentors to tighten up their résumés and interview skills.