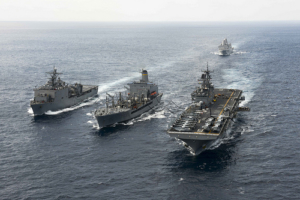 The U.S. Navy relieved two senior commanders in the 7th Fleet in connection with recent deadly collisions of Navy ships.

In January, the USS Antietam ran aground and spilled roughly 1,100 gallons of hydraulic fluid into Tokyo Bay. In May, the USS Lake Champlain collided with a South Korean fishing boat while operating off the east coast of the divided peninsula. In June, a collision between the USS Fitzgerald and a Philippine-flagged merchant ship killed seven sailors. Last month, a collision between the USS John S. McCain and a civilian merchant vessel killed 10 sailors.

The latest dismissals bring the number of fired senior commanders to six, including the top three officers of the Fitzgerald.

Navy Capt. Charlie Brown said Monday that 7th Fleet ships have completed the one-day operational pause ordered for the entire Navy to make sure crews were conducting safe operations. And Pacific Fleet is in the process of carrying out a ship-by-ship review of its vessels, looking at navigation, mechanical systems, bridge resource management and training.

“History has shown that continuous operations over time causes basic skills to atrophy and in some cases gives commands a false sense of their overall readiness,” said Pacific Fleet commander Adm. Scott Swift.

Swift has vowed to investigate manning, maintenance and cultural norms within the fleet to prevent further incidents. 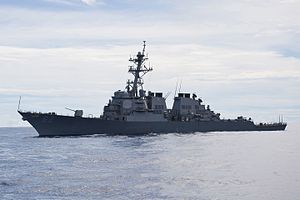