Tag Archive for: US Soil 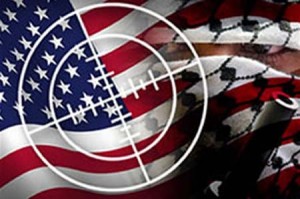 Clapper is almost certain that the Islamic State (ISIS) will continue to launch or inspire attacks on American soil in 2016.

Attacks in the U.S. have included  the May attack on the Prophet Muhammad cartoon contest in Texas, the July attack on the Navy and Marine reserve center in Chattanooga, TN, and the San Bernardino, CA terror attack in December.

Clapper said that ISIS can “direct and inspire attacks against a wide range of targets around the world” and that the terrorist group has demonstrated ” the threat that homegrown violent extremists also pose to the homeland.”

The horrifying success of unprecedented terrorist attacks in the United States on 9/11 demonstrated that the U.S. government’s threat assessment was wrong. So much of the effort of how to deal with enemies was geared to overseas threats that the Pentagon turned out to be totally unprepared to defend its own headquarters.

Over time, if not significantly degraded, the ISIS threat to the U.S. will become a direct one; that is, an ISIS ability to plan and direct attacks on U.S. soil from the group’s safe haven in Iraq and Syria, just like the group did in Paris

As well as the threat from ISIS and homegrown terrorists, Al-Qaeda, which spawned the Islamic State, remains a danger. Additionally, we need to keep ever vigilant regarding Russia, China, Iran and North Korea.

Clapper explained that North Korea has expanded a uranium enrichment facility and restarted a plutonium reactor that could begin recovering material for nuclear weapons in weeks or months.

He also said that Pyongyang is committed to developing a long-range, nuclear-armed missile capable of posing a direct threat to the United States, “although the system has not been flight-tested.”