You are here: Home1 / upper atmosphere 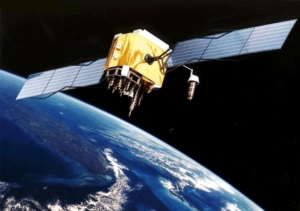 There is no denying that satellites are an important component of our daily lives. Satellites affect our lives without our realizing it: they make us safer, provide modern conveniences, and broadcast entertainment. We get our access to the internet, telephone calls, GPS directions, television and weather from satellites. And that doesn’t even take into consideration how important satellites are to our military.

Our reliance on satellites also makes them a likely target in the event that space becomes a battleground.

Almost half of all operational satellites are owned and operated by the United States government or American commercial companies. That’s twice as many as Russia and China, combined.

U.S. Air Force Brig. Gen. Trent Edwards believes Congress needs to increase defense spending so the U.S. military can better defend against any such attacks, whether they’re aimed at the military or disrupting the private sector.

To that end, Edwards is urging the public to reach out to their representatives in Congress to ask them to pass the Department of Defense budget so the military can take the needed steps to protect the country.

Keeping space systems safe is crucial for the planet, but protection is dispersed among a jumble of overlapping and conflicting authorities. The military and the intelligence communities barely talked to each other for decades on this issue, but last year the Air Force created a Joint Interagency Combined Space Operations Center that will soon have about 200 representatives coordinating operations across agencies.

As the prospect of a war in space becomes more probable, we should start talking about how to avoid that war. To prevent conflict in the upper atmosphere, all potential adversaries—the United States, China, North Korea, Iran, Russia, the EU—need to align, and agree on norms of behavior.