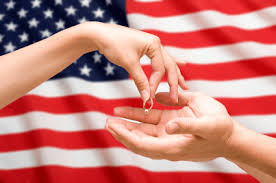 The U.S. Supreme Court will consider a case next year that could change the amount disabled military retirees must pay a former spouse after a divorce.

At issue is whether the Uniformed Services Former Spouses’ Protection Act (USFSPA) pre-empts a state court’s order directing a veteran to indemnify a former spouse for a reduction in the former spouse’s portion of the veteran’s military retirement pay, when that reduction results from the veteran’s post-divorce waiver of retirement pay in order to receive compensation for a service-connected disability.

The test case, Howell v. Howell, centers on an Arizona Air Force couple who divorced in 1991. At the time of the divorce, John Howell’s upcoming pension was considered a “marital asset” under USFSPA, and split 50-50 with his former spouse, Sandra.

But when John received a 20 percent disability rating in 2005 from the Department of Veterans Affairs, he elected to waive a portion of his monthly retirement pay under pension offset rules, about $250, in order to receive his full monthly VA award. The result, however, was that Sandra’s portion of the pension went down by about $125 a month.

Federal law bars those with a VA rating under 50 percent from receiving both a federal pension and disability pay, according to court documents. The result is that the pays must be “offset,” with one reduced by the amount of the other. Many military retirees elect to receive their full disability pay instead of their full military pension because pensions are subject federal income tax, while disability pay is not.

Sandra took John to family court in Arizona, asking the state to order him to pay her the extra $125 a month she lost when he chose to keep all of his disability pay. The court ruled in her favor, saying John had “violated the decree by unilaterally decreasing the retirement pay in favor of disability.”

A series of Arizona courts also upheld the ruling upon appeal.

But the state courts’ decisions conflict with rulings made by courts in other states on similar cases. John’s attorneys and those rulings contend that forcing military retirees to make up for spousal pay lost through a VA disability award violates a portion of the USFSPA law, which specifically blocks ex-spouses from collecting on disability payments.

The high court’s ruling could provide final guidance on how state courts should treat a reduction of pension payments as a result of VA disability pay after a divorce. If the court rules in Sandra’s favor, for example, military retirees who elect after a divorce to receive full disability pay in lieu of their full pension could be forced to make up the difference to their former spouse out of pocket.

The court is expected to hear the Howell case and make a ruling by late next year.