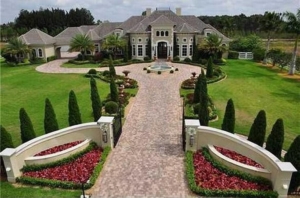 Charges have been brought against Serge Francois, 51, the owner of  Pompano Beach’s Atlantic Pharmacy, who is accused of trying to defraud TRICARE, as well as another federal coverage network for government employees, of $37 million.

Assistant U.S. Attorney Dan Bernstein alleges that Francois amassed his fortune by lying, cheating, and paying millions of dollars in kickbacks to several marketing companies and doctors in exchange for a steady supply of TRICARE patients’ prescriptions.

The trial, which is expected to last for approximately one month, could cost Francois not only his freedom, but also all of his ill-begotten luxuries, including the mansion and his exotic car collection.

According to the indictment, between 2010 and 2015 the pharmacy submitted fraudulent claims for compounded medications that were not necessary, not properly prescribed, not ordered or refills that were unwanted. When the medications were returned to the pharmacy, they were re-labeled and re-sold.

“Serge Francois never paid a bribe to anyone,” alleges Francois’ defense attorney, Sean Ellsworth. He told the jurors that the pharmacy owner was completely unaware of the alleged scheme to bilk the federal government.

Most of the 13 other defendants indicted in the case, including four South Florida doctors, have pleaded guilty.