You are here: Home1 / Trumpcare 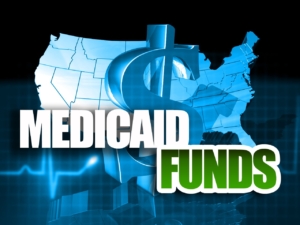 A lot of people are under the assumption that everyone who’s ever served in the military is covered by the VA, which is not true. Anyone who was dishonorably discharged or served for less than 24 consecutive months is not eligible for benefits.

In fact, less than half of the veterans living in the U.S. were enrolled in the VA health care system. Veterans who are eligible may not live close enough to a VA hospital, or the VA may not treat their particular condition. For these veterans, Medicaid may literally be a life saver.

That is why many veterans and veteran organizations are asking Congress to push back against the Senate health care legislation, which would cost some 459,500 veterans and more than 14 million civilians to lose Medicaid coverage by 2026.

There are some 1.75 million veterans who rely on Medicaid for health care coverage. In fact, veterans were among the demographic that saw the greatest increases in insurance coverage, thanks to the Affordable Care Act.

Will Fischer is a former United States Marine, Iraq war veteran and now the director of government outreach for VoteVets, a progressive veterans advocacy organization.

VoteVets teamed up with Families USA, a nonpartisan consumer health advocacy group, to produce a detailed report on the impact of Medicaid funding cuts to veterans and their families.

The report, was distributed to “every congressional office on House and Senate side to make sure they were aware of how this affects veterans.”

VoteVets is prepared to run attack ads and launch canvassing campaigns against any senator who votes “to gut Medicaid and to rip health care from veterans.”