Tag Archive for: Troops in Afghanistan

You are here: Home1 / Troops in Afghanistan 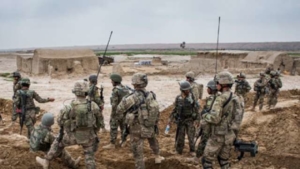 Despite his displeasure at the current state of affairs in Afghanistan, President Trump has backed away from an option to pull all remaining U.S. forces from the region, days after reports claimed the administration was seriously considering the move as part of its pending plan of action for the 16-year-old war.

Contrary to recommendations from the Pentagon, the Trump Administration had been considering withdrawing all 8,400 U.S. troops from Afghanistan.

According to a report in the Wall Street Journal, rather than increasing troop presence, the White House had considered scaling back U.S. presence there, exposing a fundamental divide between the Oval Office and top military officials as to how to proceed in the region.

White House officials have found themselves hindered in the effort to forge a new strategy in a conflict where the U.S.-backed Afghan government is struggling to regain the initiative from insurgent groups, and to find the right level of U.S. military commitment.

In April, U.S. military officials said that 1,500 soldiers would be deployed to Afghanistan in response to attacks by the Islamic State militant group (ISIL or ISIS) as well as the Taliban. ISIS has claimed responsibility for a recent attack on the Iraqi Embassy in Kabul that began with a suicide bomber blowing himself up at the main gate, which allowed the terrorists to enter the building.

On August 2nd, the Pentagon confirmed that two American service members were killed after a Taliban suicide bomber struck a NATO convoy traveling through Kandahar province. The two soldiers were the eighth and ninth Americans killed in Afghanistan this year.

The U.S. military personnel currently in the region are there to “advise, train and assist missions, including counter-terrorism and air support” for local security forces, according to the U.S. Naval Institute. 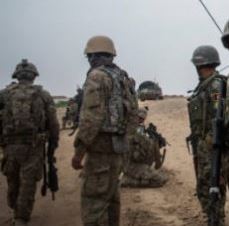