Some 50,000 TRICARE users in the newly-formed West region could be on the verge of losing coverage.

United Healthcare used to be the contractor for the West, but as of January 1, 2018, Health Net Federal Services took over the contract. Due to the changeover, registration for all users except check allotment payers didn’t transfer, requiring a new registration.

Again, since this is so important, if you previously made TRICARE enrollment payments via an automated method of either electronic funds transfers (EFT) or recurring credit card (RCC) with United Healthcare, this arrangement did not transfer over to Health Net.

According to Health Net, approximately 39,000 TRICARE Prime retiree users/TRICARE Reserve Select users and 25,000 Reserve or young adult plan beneficiaries still need to update their premium payment. Users were supposed to have done so by December 20, 2017.

In order to accommodate those who haven’t yet supplied their updated registration, Health Net has extended their deadline to March 23rd and is sending out a new round of notices to beneficiaries who have yet to submit their payment information.

Health Net will also be sending out an email to those who have a registered email address on file. It is especially important to be on the lookout for these notices, and more importantly, to comply with the request for registration, regardless if any notices, if you know  you are among those who could be losing coverage. 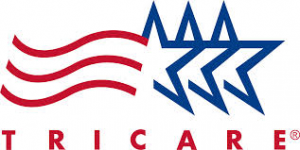 Historically, health care for military personnel and their dependents was provided in military medical facilities or through a referral system, by civilian medical personnel where military physicians were not available. After the second World War and Korea, access to care in military facilities became increasingly unavailable, due to growing demands on the system. To address this problem, Congress passed the Dependents Medical Care Act of 1956 and the Military Medical Benefits Amendments of 1966. The civilian health care program became known as the Civilian Health and Medical Program of the Uniformed Services (CHAMPUS). Tricare replaced CHAMPUS in the early 1990s.

Now, in the biggest overhaul of the military health system in over 20 years, the Military Compensation and Retirement Modernization Commission is proposing changes that will shift millions of beneficiaries to commercial, private-sector health plans.

It’s possible that the move could save the government billions of dollars. But more importantly, the changes could greatly enhance current healthcare services for nearly 9.2 million active-duty family members, retirees and their dependents.

It will fall to Congress to ultimately decide how Tricare reform proceeds, taking in to consideration the commission’s recommendations. The one thing that most all agree upon is that the Defense Department’s $49 billion annual health budget is out of control.

“We’ve got to do something with the current system because it’s just unsustainable,” said Sen. Lindsay Graham, R-S.C. “We’ve been wrestling this alligator for five years. I just sort of lose faith that we can take the current construct, the single-payer system … [and] make it as efficient as the competitive model.”

The blue-ribbon commission released its final report in January, 2015, and it contained a number of healthcare recommendations.

The biggest impact on current troops and retirees under age 65 would be the recommendation to increase access, choice and value of health care for themselves and their family members, by allowing a choice of commercial insurance plans offered through a Department of Defense health benefit program, similar to the health plans offered to federal employees.

This would include HMO and PPO choices from companies like Blue Cross/Blue Shield, United Healthcare, Kaiser Foundation and more.Some plans could offer benefits that the current Tricare program doesn’t offer, such as acupuncture, chiropractic care and fertility treatments.

The composition of the commission included six retired military officers, a Navy reservist, and a Medal of Honor recipient.