You are here: Home1 / TRICARE Extra 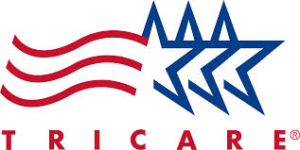 The three region TRICARE system will soon be history as TRICARE divides into two regions: Tricare East and West, with East being managed by Humana Military and West falling under Health Net Federal Service. But there are other, bigger changes in store for the new year.

The Defense Health Agency (DHA) has announced a fee restructuring in 2018 that will impact all plans except Tricare for Life, the military’s supplemental insurance to Medicare for those over 65 or disabled retirees.

TRICARE Standard, the fee-for-service insurance option, and TRICARE Extra, the preferred provider option, are being replaced with TRICARE Select. Select is supposed to combine features of both. Meanwhile, the managed care option, TRICARE Prime, will not change.

The size of the new fixed fees unveiled for TRICARE Select did come as a bit of a surprise, as they are higher than appointment fees planned for new enrollees.

Last year when the DHA proposed new TRICARE copayments, Congress voted to insert a grandfather provision for existing TRICARE participants, and a separate fee schedule for new entrants in 2018 and after. Defense health officials urged the repeal of the grandfather provision so that TRICARE wouldn’t have two sets of fees, as well as an inequity in the cost. Further complicating the situation, the new method of calculating appointment fees has resulted in the copayments for the grandfathered group coming in higher than for the non-grandfathered group.

This means that many new entrants who join after Jan. 1, 2018, will be paying less than current beneficiaries, who should be paying less. For example, a grandfathered active duty family member’s cost for an in-network primary care physician visit will be $27, and a specialist visit will cost $34, while a new entrant family member will pay $15 for the primary care visit, and $25 for the specialist.

Since this is having the opposite affect than was intended, it seems as though someone needs to go back over the plan and make adjustment so that those who are already relying on their health benefits aren’t penalized.