You are here: Home / toxic harm 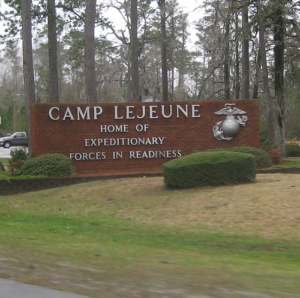 From 1953 through 1987, people serving or living at the U.S. Marine Corps Base Camp Lejeune, North Carolina, were potentially exposed to water contaminated with industrial solvents, benzene, and other chemicals. This chemical exposure may have led to adverse health conditions.

Now, after years of waiting, those veterans may now be able to receive a portion of government disability benefits totaling more than $2 billion. This is one of few instances in which former military personnel who weren’t deployed for war could become eligible for cash payouts.

“We have a responsibility to take care of those who have served our nation and have been exposed to harm as a result of that service,” McDonald said, adding that the VA’s decision will make it easier for veterans “to receive the care and benefits they earned.”

Beginning in March, the disability benefits may supplement VA health care already being provided to eligible veterans who were stationed at the Marine base for at least 30 cumulative days between Aug. 1, 1953, and Dec. 31, 1987. Veterans will have to submit evidence of their diagnoses and service information.

The new rule covers active duty, Reserve and National Guard members who developed one of the eight diseases.

It allows veterans to qualify for government disability aid based on toxic harm sustained while at a garrison, as opposed to a battlefield. The Marine Corps has said the contamination was unintentional, occurring when federal law didn’t limit toxins in drinking water.

In 2012, Congress passed a bill that was signed into law by President Obama extending free VA medical care to affected veterans and their families. But veterans were not automatically provided disability aid or survivor benefits. The issue has prompted lawsuits by veterans organizations, which note that military personnel in Camp Lejeune housing “drank, cooked and bathed” in contaminated water for years.

In 2015, McDonald also agreed to award disability benefits for another category of veterans who weren’t on the ground, those who had developed medical conditions after exposure to Agent Orange residue on planes used in the Vietnam War.