You are here: Home1 / Tom Coburn 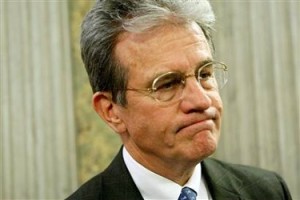 The failing of the Clay Hunt Suicide Prevention for American Veterans Act in the U.S. Senate, and the fact that it seems as though one senator single handedly foiled the bill, has the Veteran community in an uproar.

The bill, originally introduced in the House as H.R. 5059 by Congressman Tim Walz, was named for Clay Hunt, a Marine Corps combat Veteran who committed suicide. If it had passed, the bill would have implemented several measures aimed at lowering the number of suicides by American Veterans. At times, that number has been as high as 22 suicides per day.

The $22 million legislation, championed by the Veterans Service Organization, the Iraq and Afghanistan Veterans of America (IAVA) along with Hunt’s parents, would have called for an annual review of suicide prevention programs in the VA and DOD, in order to streamline the most effective practices. Additionally, the bill would have facilitated the VA’s partnering with mental health nonprofits, created a website to consolidate the VA’s newly combined mental health resources, and expanded peer support networks. It would also have allowed the VA to recruit and retain psychiatrists by offering student loan repayment incentives, up to $120,000, for mental health specialists to work for the VA.

Earlier this month, the bill passed unanimously in the House. When it reached the Senate floor, Connecticut Senator Richard Blumenthal proposed passing the bill by unanimous consent. But Oklahoma Senator, Dr. Tom Coburn, objected, blocking the bill. With the time remaining in this last session of Congress dwindling, the Clay Hunt Suicide Prevention for American Veterans Act seems to have failed.

The internet is swarming with articles rebuking Senator Coburn, who is retiring after this session for health reasons, often referring to him as “Dr. No.” Some of the articles are really nasty, and it’s possible that Coburn may be the most disliked person by the Veteran community.

But why would a senator reject a bill that was promoted as being the possible final solution for ending suicide among Veterans? What patriotic person would do such a thing? Why indeed. In the interest of fairness, a thorough look into all aspects of the bill should be taken.

For example, here is one quote from Senator Coburn that many pro-Veteran news stories aren’t citing, but should be:

“I’m going to be objecting to this bill because it throws money and doesn’t solve the real problem,” Senator Coburn said on the floor of the Senate. He continued, “I object, not because I don’t want to save suicides, but because I don’t think this bill will do the first thing to change what’s happening.” Coburn also argued that “almost everything that’s in this bill has already been authorized and approved with the $10 billion [Veterans Choice Act] that we sent to the VA.”

It appears that the senator does not wish to give more money to the VA for a program that he feels should already be in-place with the funding already provided. This may be not the answer that many were looking for, and it might not be the correct answer, but it is a response to a question that many articles aren’t trying to answer.

Many Veteran advocates, including the IAVA and Senator Blumenthal, have vowed to revisit the bill, or hopefully an improved version of it, next session. Veterans deserve every available resource to prevent suicides and address other service-related mental health concerns. Let us hope that the failing of this bill will only pave the way for a better, more comprehensive and more effective measure to be passed next year.

Let us know your thoughts on the Clay Hunt Suicide Prevention for American Veterans Act. Should it have passed? Would it have done enough? What should be in the next attempt to pass a bill geared to end suicide among Veterans?

Email your comments to [email protected]