You are here: Home1 / tactical herbicide 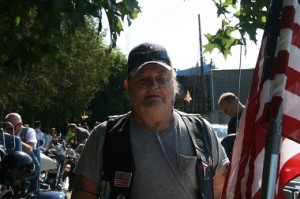 Veterans who were exposed to a blend of tactical herbicides commonly referred to as “Agent Orange” may be eligible for a variety of benefits through the U.S. Department of Veterans Affairs. These benefits include disability compensation, healthcare, and monetary payments to survivors and dependents.

Benefits will be given to Veterans who were exposed to Agent Orange because the VA and federal law presume that certain diseases and ailments found among Veterans are the result of exposure to the herbicides. The VA has amassed a list of units, commands and areas of operation that have commonality for claims of Agent Orange exposure. Under the VA’s “presumptive policy,” Veterans who served in these units, commands and areas of operation who complain of similar illnesses get a fast pass to benefits

The VA requires a medical diagnosis that confirms recognized diseases associated with Agent Orange Exposure, evidence of service in recognized service assignments, and competent evidence that the disease started within time limits specified by the VA.

A group of Veterans,  all of whom flew on C-123 planes after the Vietnam War, have diseases and ailments that fit in the VA’s criteria for the presumptive policy. What doesn’t fit is their time and area of service.

During the war, C-123’s were used to spray Agent Orange. After the war, the same planes were used to transport cargo and personnel. Though these Veterans were not on board the planes while they were spraying the herbicide, they say that there was residue, sometimes in giant globs, still on and inside the planes. They are trying to get their claims approved and possibly their area of service added to the presumptive list.

These Veterans have had their claims repeatedly denied by the VA, despite their evidence and the significant number of them suffering with illnesses associated with Agent Orange exposure.

This is an example of why it is vital for Veterans to file claims with the VA. Even though your claim could get denied, if an abundant number of Veterans with the same military background happen to suffer from similar ailments, new diseases and areas of operation could be added to the list of the presumptive policy.