Tag Archive for: sanctions against China

You are here: Home / sanctions against China 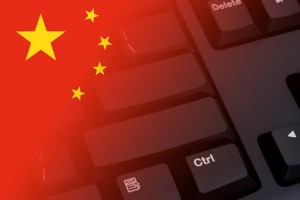 Chinese companies and individuals who have benefited from their government’s cybertheft of valuable U.S. trade secrets made be feeling a financial pinch, as the White House prepares economic sanctions. Suspicions that Chinese hackers were behind a series of data breaches in the United States have been an irritant in relations between the world’s two largest economies.

According to several anonymous administration officials, the sanctions could be issued within the next few weeks, and would send a clear message that the rising wave of ­cyber-economic espionage initiated by Chinese hackers will not be tolerated. Chinese theft of U.S. trade and commercial data has increased, despite a series of diplomatic warnings, so officials see no alternative to considering economic sanctions.

While the U.S. believes that China is, far and away, the most pervasive and persistent hacker, Russian cyber spies and criminals are generally more sophisticated, and have stepped up their actions, especially against American financial institutions amid tensions over Russia’s actions in Ukraine.

The talk of sanctions comes just weeks before the arrival of Chinese president Xi Jinping for a state visit. Maritime skirmishes in the South China Sea and China’s efforts to devalue its currency in the face of its recent stock market plunge have added to the tensions. But the possibility of sanctions so close to Xi’s visit indicates how frustrated U.S. officials have become over the persistent cyber plundering.

With that said, the administration is well aware of China’s place as our second-largest trading partner, just behind Canada. China is also a major holder of U.S. Treasuries, and an important player in policies toward North Korea and Iran.