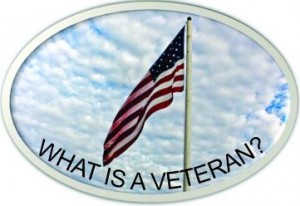 As the number of reserve component members of the National Guard and Reserves who have served in support of the war on terrorism nears the one million mark, it is shocking and unacceptable to learn that they are not considered “veterans” when they complete their service.

This inequity was written into antiquated law, in a time when the Guard and Reserves were called upon, for the most part, one weekend per month and two weeks in the summer.

The Reserve units of the Army, Navy, Air Force, Marines and Coast Guard are now considered “operational,” used continually,  the same as our active forces.

It would seem reasonable that we would express our appreciation to these service members by giving them the same “veteran benefits” allotted to those who served in the “regular” forces.  And doing so would be pretty easy, just by changing one word in the current law: “consecutive” to “cumulative.”

The Reserve Officers Association has worked with Congress to try to get this change approved. And it appears that no one is opposed to making the change.

While many argue the semantics of who is a veteran, perhaps we can all agree that when a person dons the uniform of our country, and signs up to serve and sacrifice, we can repay that debt by honoring what they have done. It isn’t necessary to make a divide when unity makes us not only better, but also stronger.