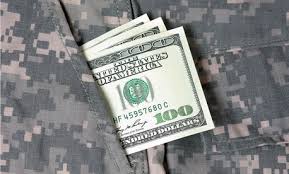 There is an important problem that affects disabled veterans and can severely impact their financial well-being.

There is an obscure law that requires former service members to pay back their separation pay before they can receive VA disability compensation. Apparently receiving separation pay and disability benefits is akin to “double dipping.”

This is something that most veterans and separating servicemembers are unaware of.

Thousands of veterans likely face recoupment of separation pay. And getting any relief may be an uphill battle because the payback requirement is written into federal law.

“It seems to me — whether intended or not, or whether it was a bureaucratic snafu — to be a bait and switch,” said Rep. Mark DeSaulnier (D-CA). “There is a promise between the American public, the American taxpayer, and military service members, when they go in, when they serve and when they get out, they’ll have this support, and in my view, the federal government and the Congress are violating this contractual obligation.”

Let us know what you think. Do these two types of pay, disability pay and separation pay, seem like two very separate things?