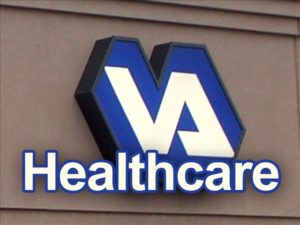 The group weighed public-private partnerships and other options that would make it possible for veterans to go to any hospital for care, inside the VA system or outside of it, a senior transition official said after the meeting. Some veterans advocacy groups have cautioned against expanding access to care outside the government-run hospitals under the Veterans Health Administration, fearing the system may be weakened by privatization.

The VA system spends about $70 billion a year on medical care, offering a potential windfall to private hospitals if more veterans are allowed into their beds.

The hospital executives left the meeting without speaking to reporters.

Currently, the VA does farm out medical treatment to the private sector for veterans who have been waiting too long for appointments in the government-run system, and for those who have to travel significant distances to VA hospitals and clinics.

But some Republicans have pushed for a completely open system, commonly known as choice, while Democrats have said the move would effectively amount to privatizing a system that was designed to focus on the unique needs of military veterans.

Trump has met with or considered about a dozen candidates to run the Department of Veterans Affairs, but finding the right person for the job, and someone who actually wants it, remains one of Trump’s biggest challenges. 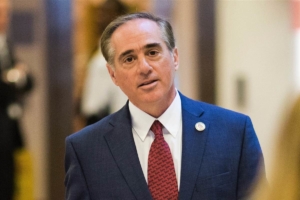 President-elect Donald Trump has announced his intention to nominate David Shulkin as his secretary of veterans affairs.

Shulkin currently serves as the undersecretary for health at the VA. The new position requires Senate confirmation.

Shulkin is a board-certified internist. He served as the President and Chief Executive Officer of Beth Israel Medical Center in New York City. He also served as President of Morristown Medical Center and the Atlantic Accountable Care Organization.

His other academic positions have included Chairman of Medicine and Vice Dean at Drexel University College of Medicine, and Professor of Medicine at Albert Einstein School of Medicine. Shulkin has been the editor of Journal of Clinical Outcomes Management and Hospital Physician, and has been on the editorial boards of several journals, including Journal of the American Medical Association.

Dr. Shulkin founded and served as the Chairman and CEO of DoctorQuality, Inc a consumer-oriented information service.

In a departure from the norm, Dr. Shulkin is not a veteran, breaking the pattern that the VA has previously established, having a veteran at the helm.

“I have no doubt Dr. Shulkin will be able to lead the turnaround our Department of Veterans Affairs needs,” Trump said in a statement following the announcement. “Dr. Shulkin has the experience and the vision to ensure we will meet the healthcare needs of every veteran.”

“The first responsibility that we have to our veterans is to make sure those that need urgent care are getting care on time,” Shulkin said.