You are here: Home / personal email 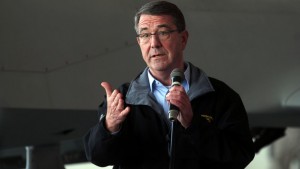 Defense Secretary Ash Carter said that he “should have known better” than to use his personal email for work-related matters.

His remarks followed a New York Times report in which said Carter he used his personal email account for work matters during his first months at the Pentagon. This is a violation of Defense Department rules.

Carter owned up to the “mistake,” taking full responsibility for the fact that he had used an iPhone to send administrative emails.

“Any email related to work received on this personal account, such as an invitation to speak at an event or an administrative issue, is copied or forwarded to his official account so it can be preserved as a federal record as appropriate,” Cook said. “After reviewing his email practices earlier this year, the Secretary believes that his previous, occasional use of personal email for work-related business, even for routine administrative issues and backed up to his official account, was a mistake.”

Cook stated that the personal email account was for corresponding “primarily with friends and family,” and did not address any violation of Defense Department rules. He stressed that Carter did not use either his personal or official account for classified material.

The Republican chairman of the Senate Armed Services Committee, Senator John McCain of Arizona, said that he had requested copies of Mr. Carter’s personal emails for his committee’s review “to ensure that sensitive information was not compromised.”