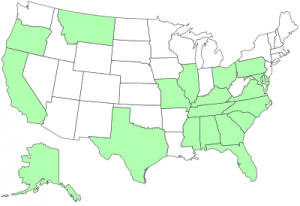 In 2012, running a marathon was the last thing on U.S. Army Staff Sgt. Jeffrey Lewis’ mind. Recently divorced, Lewis wasn’t in a good place or a positive frame of mind.

As a boy, the one person Lewis looked to as his hero was his grandfather. Whatever his grandfather told him to do, Lewis knew it was the right thing to do. He credits joining the service, then reenlisting to his grandfather’s sage advice. Anything Lewis accomplished in the military was an ode to his childhood hero.

As a release from the stress of each day and his emotional state, Lewis began to run a few extra laps during his exercise sessions. Running became easier, and actually more enjoyable. Within a year, Lewis was running 20 miles with greater ease than he ever thought possible.

Lewis began to seriously think about running a marathon. Unfortunately, at the same time, the man Lewis looked up to all his life passed away. Trying to endure this pain, Lewis decided to ramp up his running and dedicate his first marathon to his grandfather.

Running was the challenge he needed, and Lewis began to look for more purpose in his subsequent marathons. A OH-58 Kiowa helicopter crew chief and platoon sergeant, Lewis knew a number of fellow Kiowa pilots who died during his deployment. Honoring them became his mission. He joined the group Wear Blue Run to Remember, dedicated to bringing awareness to fallen military personnel.

During his first run with the group, a fellow runner had just finished his 50th state run. Lewis suddenly found his inspiration. He visited a website with fallen Kiowa pilots and discovered 49 names for which he could dedicate his efforts.

“I just always try to think about them the whole time because that’s what propels me to push,” said Lewis. “I don’t see it as something that I’m doing for myself, or that I’m gaining anything from it. I am just doing it for them because I would do the same thing if I was put in their situation–I would have followed the call.”

You can follow Lewis on his quest to fulfill his honor marathons here.

Running to Honor The Memory of Fallen Comrades: Military Connection: by Debbie Gregory