You are here: Home1 / NATO partners 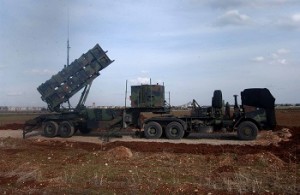 The U.S. will pull out its Patriot missile defense units along the Turkish border with Syria.

The Pentagon released a joint statement by Washington and NATO ally Turkey, saying that the Patriot batteries, which were sent to Turkey in 2013, would return to the U.S. for upgrades by October.

According to the joint statement, the Patriot batteries “will be re-deployed to the United States for critical modernization upgrades that will ensure the U.S. missile defense force remains capable of countering evolving global threats and protecting Allies and partners, including Turkey.” The statement stressed that the United States and NATO are committed to supporting Turkey’s security and regional stability.

Absent, however, was any mention of the recent Turkish airstrikes in northwestern Iraq against the Kurdish Workers Party (PKK), which have come under increasing criticism in Europe. Turkey has said that the airstrikes against the PKK were in response to terror attacks.

The U.S., Germany and the Netherlands all deployed Patriots in early 2013 after Turkey asked its NATO partners for help as the Syrian civil war escalated. The Netherlands withdrew its Patriot battery earlier this year and was replaced by Spain.

Despite the withdrawal of the Patriots, the US will retain a “persistent presence” of US Navy multi-role Aegis ships in the eastern Mediterranean and these ships offer a range of capabilities to support the defense of Turkey and NATO missions, including support for NATO air and missile defense. “If needed, the U.S is prepared to return Patriot assets and personnel to Turkey within one week.”