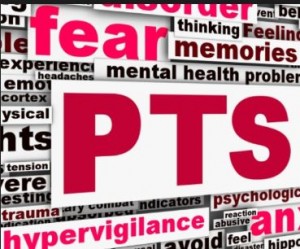 Does the “D” in PTSD cause individuals suffering from it to shy away from treatment? There’s been a subtle shift in the way politicians and advocates talk about veterans struggling with post-war mental illness.

The little known semantic battle in the military has garnered considerable attention over the last year. Proponents believe that changing the current disorder to an “injury” will change the perception of the American public, leading to greater acceptance of the traumatized men and women who reintegrate back into their communities after combat.

“When we’re losing on average more than 20 veterans a day to suicide, combating the stigma around mental health-care issues could save lives. Hopefully using the term Post-Traumatic Stress without adding the negative connotation that ‘disorder’ brings will lead to a greater utilization of the mental health-care services available,” said Rep. Scott Peters (D-Calif.)

Gen. Peter Chiarelli, former vice chief of staff of the Army and current CEO of One Mind, was the first to advocate for dropping the “D” from PTSD several years ago. Chiarelli said, “No 19-year-old kid wants to be told he’s got a disorder.”

Those arguing against the change bring up the possibility of unintended consequences that could be dire. Comparing PTSD to a physical injury such as a broken leg could minimize the seriousness of the disorder. As a result, troops may be embarrassed to seek help, considering they live in a culture that embraces a “suck it up and get on with it” mentality.

But the name reference has been slowly gaining acceptance, and it’s starting to become more mainstream.

Dropping the ‘D’ in PTSD: Military Connection: by Debbie Gregory