With approximately 40,000 active duty service members retiring each year, a significant number of them are in need of employment, who have not yet found work. They may be eligible for UCX based upon the amount of their military retirement pay and the limits in the state in which they are filing. Additionally, former members of the National Oceanographic and Atmospheric Administration (NOAA) are covered under the program.

In cases where military retirement pay is delayed for some reason, you should be eligible for unemployment in the interim.

If you are actively seeking employment, you can apply in the state where you have applied for unemployment benefits, which is usually the state where you are physically living. This rule may be different than the rules for non-military related unemployment compensation.
You will need your Social Security card, your DD214, a resume, and documentation of your retirement income (Retiree Account Statement.)

If you apply for and receive unemployment benefits, you are usually required to physically remain in the state where you are receiving benefits and search for employment.

If you are unemployed and still have your GI Bill benefits, you may want to consider using the Basic Housing Allowance or BAH to cover your living expenses while you are attending school to attain a degree or learn a vocation.

At the end of the day, you have earned these benefits and served our nation. We thank you.

Current service members are well aware that the military has been taking measures to cut its spending, in light of our nation’s current economic state. Every branch has seen noticeable reductions in force size, with tens of thousands of service members encouraged to enter early retirement or into involuntary separation. Now those who fought to remain in the military may see their retirement benefits reduced as proposals to overhaul the military retirement system mill about our nation’s capital. How will the changes affect those who serve twenty years in the military?

Traditionally, only service members who remain in the military for a full twenty years or more get retirement pensions, medical benefits for themselves and their dependents, as well as other benefits. Exceptions to this policy are those who have a service-related disability, those who received a medical retirement, and those who took the offered early, pro-rated retirement to help force reduction efforts. More than eighty percent of service members don’t meet the requirements for military retirement, and therefore, don’t receive pensions or benefits after they complete their tours of duty.

One of the proposed changes could benefit those who serve and don’t qualify for military retirement, as a proposed new model would offer service members a personal retirement savings account benefit, wherein the government would make annual contributions of up to six percent of their basic pay.

However, this proposed system complicates matters for service members who plan to make a career out of the military and retire with twenty years in. The new system calls for cutting the size of the current pension by twenty percent, an average of over $4,000 per year. To make up for that, the Department of Defense would open 401(k)-style retirement accounts. Funds placed into these accounts will not be available for withdrawal without a tax penalty before the service member reaches age sixty.

The proposed changes to the retirement system are included in the 2016 defense authorization bill that is moving through Congress. Under that legislation, today’s troops would have about 18 months to make a decision, by 2017, on whether to stick with the old benefit or sign up for the new plan. Let us hope that our elected leaders do what is right when making decisions for our service members. Be sure to contact your representative and senators to make sure that they know how you want them to represent you. 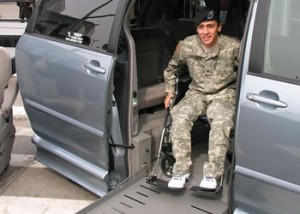