You are here: Home1 / military retiree 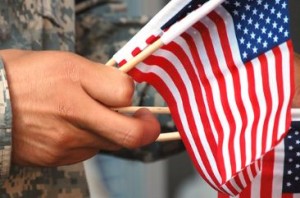 On November 10th, the Senate passed the Century Veterans Benefits Delivery Act (S 1203), a bill to grant “honorary” veteran status to as many as 200,000 Reserve and National Guard retirees. Although they signed up to serve, these brave individuals have never been deemed veterans because they did not serve a qualifying period of active service under federal orders.

On November 16th the House passed the Honor America’s Guard-Reserve Retirees Act (HR 1384), a standalone bill from Rep. Tim Walz (D-Minn.) which echoed the sentiments of the Senate bill.

Both the Senate-approved language and the House bill bestow veterans’ status on as many as 200,000 retirees. It will not, however, expand their benefits beyond what federal law now allows.

Impacted retirees are those who left service without a DD-214 or Certificate of Release or Discharge from Active Duty. Though they had 20 or more “good” years of drill points earned on weekends and through annual training, they were never called to active duty. Many of these retirees, as well as most civilians, are surprised to learn they aren’t legally veteran.

The bills will only bestow the right to be called a veteran, but it will have a few caveats. The bill recognizes the retirees as vets to honor their service but will not extend the same benefits as active duty and other veterans. They will receive the treatment from the VA that qualified vets receive. They may get a VA home loan.

David L. McLenachen, Director of the Pension and Fiduciary Service, Department of Veteran’s Affairs said, the VA opposes extending “veteran status to those who never performed active military, naval or air service, the very circumstance [that] qualifies an individual as a veteran.”

Shouldn’t all Guard and Reservists be recognized as veterans, given that they signed on and served their country in the capacity that they were ordered to?