You are here: Home1 / military police 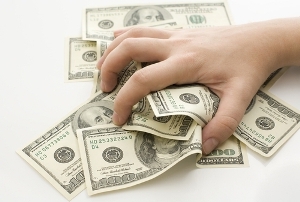 On March 14, the Defense Finance and Accounting Service (DFAS) Office began sending letters to officers notifying them of how much money they need to repay for the overpayment going back a decade.

Individual debts range from $12,000 to $80,000. The average overpayment was $3,500 annually, according to Robert Richey, president of the police officer’s union, the National Federation of Federal Employees.

Those involved have three options: Pay the money back, request a payment plan, or submit a waiver for the entire amount – but there is no guarantee the waiver will be granted.

Base officials at Camp Pendleton held town halls to help police officers understand what happened and how to move forward.

“We understand this is challenging for our police officers and poses a substantial burden on those who provide a critical service to meet the Navy’s security requirements,” a Navy spokesperson said. “Navy Region Southwest is committed to helping the officers through this process and continues to help mitigate the situation to the greatest degree possible.”

Carl Redding, a spokesman for the Marine base, said “We stand in full support of our police officers and understand how indebtedness can impact their welfare and morale.” He added, “Our civilian police officers provide such an added benefit for base security and we are grateful for all their hard work and dedication.”