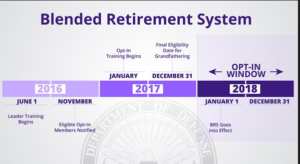 When considering these options that significantly impact your financial future, obtain all the information and make informed decisions.
Tell us if you think this is fair by emailing us at: [email protected]