You are here: Home / military defenses

Over the course of our technological progression, many tangible products have developed from concepts that were once just fantastical dreams. Previously, these ideas could only be found in the pages of books and in the make believe universes created for the big and small screens. Objects such as submarines, cell phones, airplanes, robots, computers, tablets, and video chatting are just a few examples of science fiction that became reality. Soon, we could be able to add “force fields” to the list.

In March, 2015, Boeing was granted a patent for a defense system that functions much like a plasma force field, which, for now, is just fantasy. But instead of being equipped on a space craft to deflect proton projectiles or other space weaponry, Boeing intends that this system will be mounted on ground vehicles or on high-value buildings.

Boeing’s system, which hasn’t been built yet, is not intended to defend against direct hits from missiles, bombs or bullets. It also won’t offer protection from the shrapnel flung by the explosive impacts caused by those weapons. Instead, the Boeing system will protect the high value unit or building from the shock waves caused by nearby explosions.

The system will include a sensor designed to detect incidents that produce shock waves, such as an explosion. When the sensor detects a shock wave, it will determine the appropriate direction and strength needed to protect the asset it is defending. Boeing intends to use a combination of lasers, electricity and microwaves to rapidly heat up the air between the asset and any nearby explosion. The heat will create a plasma shield that will be able to absorb or deflect the energy from the incoming shock wave. The plasma shield will not permanently surround the protected asset, but will only materialize for short durations after the sensor detects an event.

Boeing filed for the patent in 2012. The United Kingdom’s Defense Science and Technology Laboratory (DSTL), which operates much like our DOD’s Defense Advanced Research Projects Agency (DARPA), announced that they were working on a similar shield system in 2010. There is no timeline for the completion or active testing for any of these systems.

Only time will tell what other technological advances will be added to our world. The future is closer than we think, as reality is constantly changed by concepts once found only in the imagination.

Military Connection proudly serves those who serve in the Army, Navy, Air Force, Marines, Coast Guard, Guard and Reserve, Veterans and their Families. We are the go to site for Veteran Employment and information on Veteran education. Militaryconnection.com provides Veterans with and Directory of Employers, a Job Board, information on the Post-9/11 GI Bill, and a blog that offers Veterans boundless information. Be sure to visit Militaryconnection.com, the go to site! 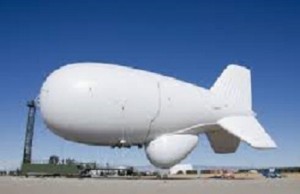