You are here: Home1 / Military Analyst 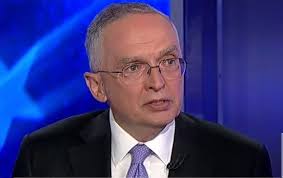 Retired United States Army Lieutenant Colonel, Fox News Analyst and author Ralph Peters has parted ways with the network, calling it a “propaganda machine” for the Trump administration while accusing the network of “wittingly harming our system of government for profit.”

Peters had become known for his impassioned commentaries against Russian appeasers, critics of Israel, and other enemies of American democracy.

“Four decades ago, I took an oath as a newly commissioned officer,” Peters said. “I swore to ‘support and defend the Constitution,’ and that oath did not expire when I took off my uniform. Today, I feel that Fox News is assaulting our constitutional order and the rule of law, while fostering corrosive and unjustified paranoia among viewers. Over my decade with Fox, I long was proud of the association. Now I am ashamed.”

As a Fox News national security analyst for 10 years, Peters has been a foreign policy hawk who frequently criticized the Obama administration. He once used a vulgar term to describe former President Obama’s fortitude in combating terrorism by Islamic extremists that resulted in Peters’ being suspended for one week.

Peters’ condemnation of Fox News does not extend the hard news reporters at the network whom he called “talented professionals in a poisoned environment,” as well as excluding the Fox Business Network, “where numerous hosts retain a respect for facts and maintain a measure of integrity.”

Peters served in the Army for more than two decades, eventually specializing in Russian intelligence. He began appearing as a television commentator in the late 1990s, and signed an exclusive contract with Fox in 2008.